WisconsinINNO: Madison’s growing tech industry is making it a top destination for millennials 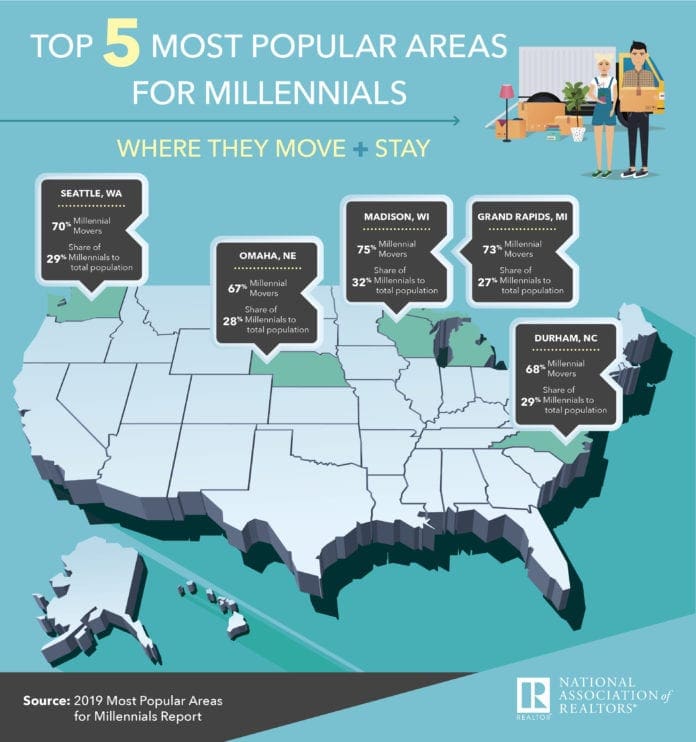 When Tobi Silgman first moved to Madison 20 years ago, the city epitomized life in a college town. Yet to step outside of the palatial presence of the Capitol on State Street, or beyond the campus borders at the University of Wisconsin-Madison, presented the same picture of tidy yards and two-story homes ubiquitous to any other family-friendly suburb.

[…] Today, Madison is billed as one of the country’s top destinations for Millennial homebuyers, both for its affordability and for its modern urban lifestyle. Nearly 75 percent of recent movers to the city were Millennials, and data suggests these buyers have every intention of sticking around, according to recent research from the National Association of Realtors.

“There are a lot of startups,” she said. “There are more people moving from out of state, maybe from working on the coast. I’m definitely seeing a lot more people in the tech industry.”

The shift is far from anecdotal. In Silicon Prairie — the colloquial name given to the Midwest’s entrepreneurial frontier — Madison ranks #5 in startup activity and entrepreneurship, a ranking topped only by cities of greater size, such as St. Louis, Chicago and Minneapolis, according to the 2018 State of Silicon Prairie report.