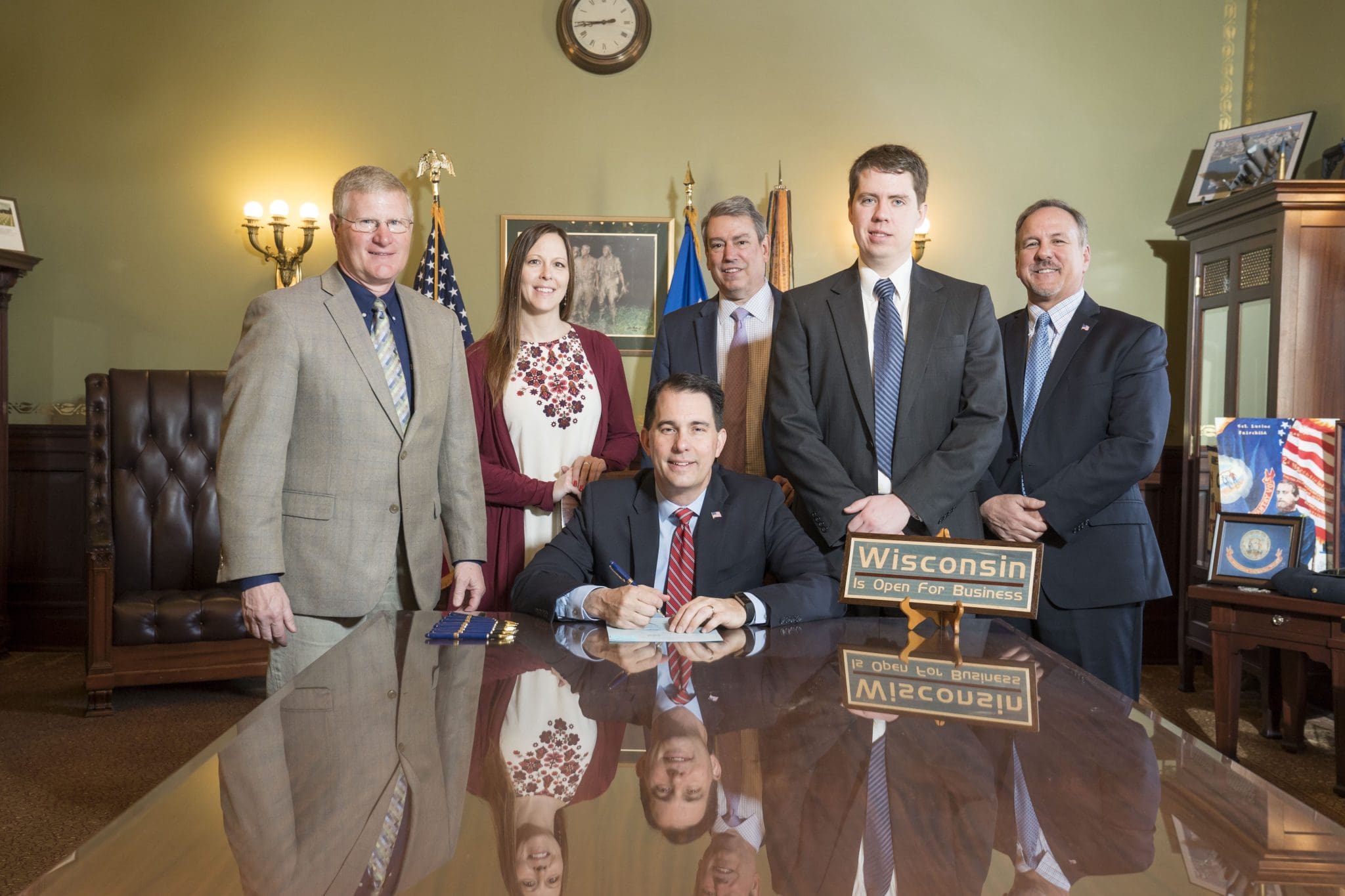 A bill to eliminate a longstanding and unique fee on angel and venture capital raised by qualifying C Corporations organized in states outside Wisconsin, mainly Delaware, was signed into law by Gov. Scott Walker Wednesday.

Assembly Bill 897 and its Senate companion had previously passed the state Assembly and Senate unanimously.

For decades, Wisconsin has charged a state fee on “paid-in” capital – essentially, venture and angel capital – raised by a certain class of companies. Called foreign C Corporations, these companies are domestic firms organized in another state but headquartered and producing goods and services in Wisconsin.

The bill will exempt capital (beyond $60,000) raised by C Corps that are Wisconsin Qualified New Business Venture companies. State-vetted QNBVs are young and typically pre-revenue. The fee is three-tenths of 1 percent, or $24,000 on a venture capital investment of $8 million.

Wisconsin stood virtually alone in charging the fee, which out-of-state investors viewed as at least an annoyance in putting money into young Wisconsin companies. The companies paying the fee saw it as a detriment to their growth, because it was money not put to work on business basics, such as hiring people or buying equipment.

“Like many young companies in other states, Wisconsin companies often organize as Delaware C Corps because of that state’s expedited and transparent business law system,” said Tom Still, president of the Wisconsin Technology Council. “Those companies hire workers, make products and otherwise do business in Wisconsin. They’re ‘foreign’ only in the sense of how any internal business disputes would be adjudicated.”

The Tech Council had long advocated for removing the fee to encourage more startups and scale-ups in Wisconsin. Lead sponsors were Rep. Shannon Zimmerman, R-River Falls, and Sen. Howard Marklein, R-Spring Green. The bill text can be found here.

The Tech Council is an independent, non-profit group that regularly issues reports and recommendations on topics related to Wisconsin’s tech-based economy.