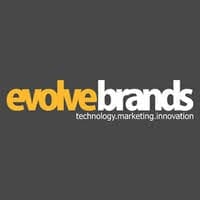 It took more than 18 months, but Jackson-based Evolve Brands will expand its distribution of its Supernola products into Walgreens stores nationwide and Giant Food stores in Washington D.C., Maryland and Virginia.

The move will put Supernola products in 6,500 Walgreens stores and more than 150 Giant Food stores. A year ago, Evolve products were in a total of 2,200 stores nationwide.

“We’re excited to work with these forward-thinking retailers to help round out their snack portfolio with Supernola’s line of nutrient dense superfood clusters,” said Cindy Poiesz, founder of Evolve Brands and creator of Supernola, which features nutrient-dense plant-based food clusters and is positioned as an alternative to “the saturated bar market.”

Poiesz, a former Wall Street investment banker, started Supernola originally to meet her own dietary needs and desire for a healthy snack option. She started by selling it at farmer’s markets before working with Frank Jimenez, a former food industry executive, to commercialize it.

The brand moved from Pennsylvania to Wisconsin in early 2018 when Evolve acquired Jackson-based Gorilly Goods, a line of trail mix snacks the company continues to sell.

Poiesz said Evolve originally started talking with Walgreens in May 2018. The original opportunity was to be in around 1,600 more premium Walgreens stores but eventually evolved to larger opportunity.

“It was a very long sales cycle,” she said. “It was pure persistence and a little bit of luck.”