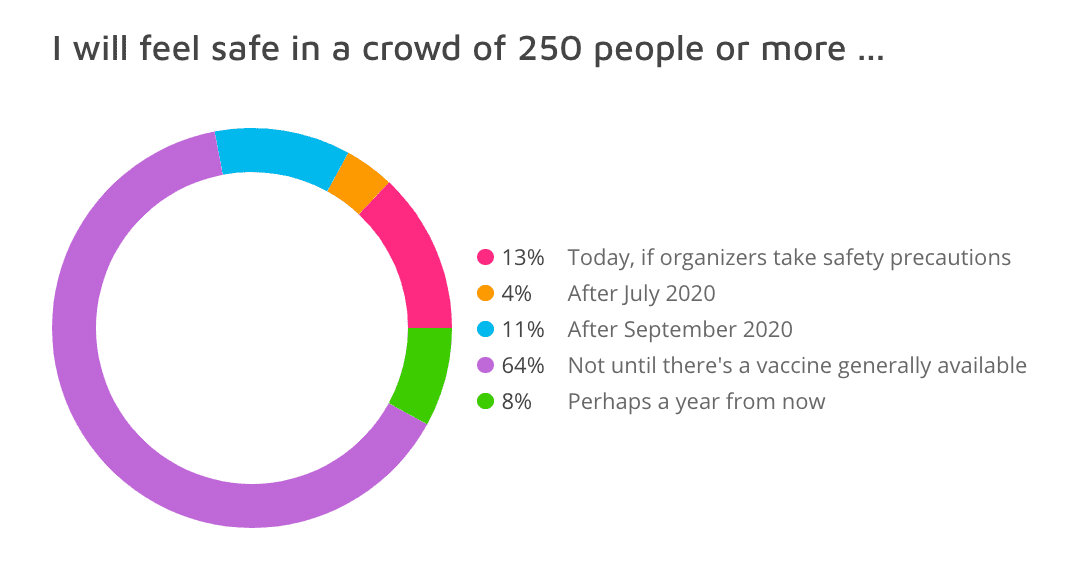 An informal survey of registrants in the 2020 Wisconsin Entrepreneurs’ Conference revealed they are somewhat optimistic about the ability of their own businesses and organizations to recover from the economic effects of the COVID-19 pandemic, but less so when it comes to state and U.S. economic recoveries.

About 56% of those surveyed during the June 4 virtual conference said they expect their businesses to begin to recover by early 2021, with more than half of that total (30%) predicting the start of a rebound by the fall or earlier. One in five (22%) said their businesses have not been affected, but an equal number (23%) said it will be a year or more before they claw back.

The same conference participants were asked about the comeback of Wisconsin and U.S. economies. For Wisconsin, 20% said they expected the state economy to begin recovering by fall, with 37% predicting early 2021 for the start of a recovery with 43% not expecting much for a year or more.

Regarding the U.S. economy, opinions were a bit bleaker, with 58% not expecting the start of a rebound until mid-2021 or later.

The June 4 survey was taken the day before a federal Bureau of Labor Statistics report showed U.S. employment figures had climbed unexpectedly in May, reducing unemployment to 13.3%.

The conference survey results tracked with an online survey conducted by the Wisconsin Technology Council and released April 27. When the same questions were asked, that survey also showed respondents more optimistic about their own businesses and the state versus the U.S. economy. Click here for an April 27 news release on the previous survey.

It was the first time the Wisconsin Entrepreneurs’ Conference was held via a virtual format, with nearly 320 people attending. Respondents were also asked to reply to this statement: “I will feel safe in a crowd of 250 people or more…”