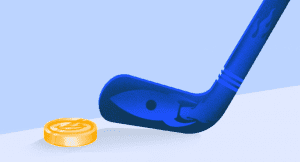 Global venture funding hit an all-time high in the first quarter of 2021, per Crunchbase data. That sort of increase in venture funding is typically attributable to growth in late-stage funding.

The most active investor leading at the Series A and B stages was, surprisingly enough, a growth-stage investor: Insight Partners, which led six Series A fundings.

The firm is not alone: Crunchbase data shows that private equity investors now lead just shy of a quarter of all Series A and B fundings, up from 15 percent a decade earlier, relative to venture and micro venture leads.

We spoke earlier this year with Insight Partners’ Hilary Gosher on scaling startups during a pandemic. She said that the New York-based firm invests from Series B onwards, but will at times invest at Series A. Its definition of a “scaleup” company has a wide range: A startup that has $10 million to $1 billion in revenue, 50 to 1,000 employees, and growing revenue and headcount at 20 percent to 50 percent or more over three years.

As outlined in the charts below, New York-based Tiger Global Management, another private equity investor, also makes the top 14 list of investors with a greater count of Series A- versus Series B-led rounds, along with New York-based Addition, founded by ex-Tiger Global partner Lee Fixel, with an equal count of leading Series A and B in the first quarter.

Emergence, Felicis Ventures and Greycroft are three firms with a core fund at or below $500 million listed among the leading early-stage investors in the first quarter.

Robust investment in early-stage startups is considered a good predictor of the strength of venture markets overall, as companies in the earlier stages of building see product market fit and customer adoption, setting the startup ecosystem up for greater growth again as those businesses mature.

It is also worth noting that not every company raising early-stage funding is a newer startup. Our analysis shows that a little less than one-third of Series A and B investments are raised by companies founded prior to 2016.