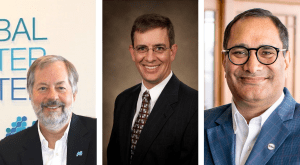 The “Regional Innovation Engine” program of the National Science Foundation is a nationwide effort to turn promising research into economic growth, jobs and enduring partnerships involving a mix of regional players.

Leaders of three Wisconsin coalitions that have applied for grants to accelerate the state’s tech-based economy will outline their plans – and how those plans can benefit the state and nation – during a Nov. 10 discussion to begin the second day of the Wisconsin Early Stage Symposium.

Dean Amhaus of the Milwaukee-based Water Council, Andrew Graettinger of the UW-Milwaukee College of Engineering and Applied Science, and Arjun Sanga of the statewide WiSys technology transfer hub will talk about their respective NSF applications in a discussion with Tech Council President Tom Still.

All three proposals revolve around sustainability touching major Wisconsin business sectors at a time when existing practices are undergoing change.

The Water Council proposal hinges on the nexus between water and energy, especially in manufacturing; the UW-Milwaukee application touches a range of clean energy challenges; and the WiSys proposal centers on sustainable agricultural development through a statewide network of innovation hubs. The Tech Council is a member of each coalition, most of which including 20 members so far.

“This isn’t your grandfather’s NSF, which was predominantly interested in basic research,” Still said. “This is a concerted attempt to engage industry and other groups in a process that also calls on academia to spur innovation and economic growth.”