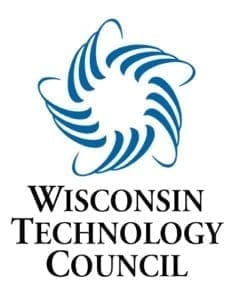 MADISON, Wis. – Four veteran state lawmakers who have served as leaders on bills advancing Wisconsin’s tech-based economy over time will act as co-chairs of a new “Tech Caucus” within the Wisconsin Legislature.

The goal of the caucus, which is not a formal committee of the Legislature, is to work together along bipartisan lines to bring ideas and information to the attention of state policymakers.

“The Wisconsin Technology Council is pleased to announce the creation of the caucus, which deepens our commitment to bringing carefully vetted data, briefings, policy ideas and science-driven information to the entire state,” said Tom Still, president of the Tech Council.

Formed as an independent, non-profit organization in 2001, the Tech Council has served as a policy advisor to the governor, the Legislature and related state agencies for nearly 20 years. Its recommendations have helped lead to initiatives such as:

“Wisconsin’s economy is increasingly driven by technology in all sectors, including agriculture, manufacturing, tourism and natural resources,” Feyen said. “It is important for lawmakers to hear trends that can affect businesses and constituents, wherever they live.

“The COVID-19 pandemic has deeply affected the Wisconsin economy, and technology will help lead the economy and our people back to health in the months and years ahead,” Ringhand said.

“Investing in Wisconsin has climbed steadily over time since the Legislature passed initiatives such as the Act 255 tax credits, the Badger Fund of Funds and more,” Kuglitsch said. “We need to build on that progress as we move ahead.”

“A rising technology tide will lift all boats, from those in our cities to those in rural areas,” Fields said. “The Tech Council has long been an effective voice for the entrepreneurs who have been rowing and steering those boats for years.”

The Tech Council will work with Tech Caucus leadership on educational events, legislative briefings and more.

The Tech Council has corporate, organizational and individual members across Wisconsin. The Tech Council itself is part of a national group, the Tech Councils of North America, that does similar advocacy work in most of the 50 states and all Canadian provinces.