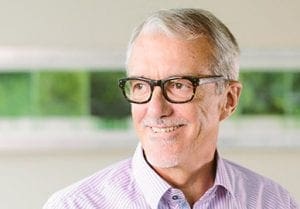 Venture Investors LLC is Wisconsin’s oldest venture capital firm, formed in 1982.  Headquartered in Madison and focused on healthcare opportunities spinning out of research university ecosystems, the firm has watched Wisconsin’s entrepreneurial climate evolve and have been a part of every effort to improve venture capital availability in the state.

Venture Investors also has an office in Ann Arbor, Mich., attracted by a Fund-of-Funds program in that state, and other states in the region have encouraged them to apply for their programs.  As a participant and observer, our fund managers believe there are several important lessons from real examples in considering the design of Wisconsin’s proposed Fund-of-Funds.

TomoTherapy was an idea developed at the UW-Madison for greatly improving the precision of delivery of radiation therapy to cancer patients, improving outcomes and reducing side effects.  The founders had one employee and a desktop prototype that demonstrated proof of principal.  Radiation therapy was not novel, so the bar for FDA clearance was low, reducing development costs, but the device that used a number of Wisconsin based component suppliers eventually had a $3 million price tag was complex so the development costs for a commercial product was significant.  Venture Investors provided a seed financing round of $3 million with one other regional venture capital firm.  Overall, the company required $42 million in venture capital before completing an IPO. There was no coastal investor interest until the company received FDA clearance and had delivered a first system, and it took a regional syndicate of six investors who provided $21 million to reach that point.  By the time the Venture Investors partner stepped off the board of directors eight years after the initial investment, the company had grown to more than 700 employees with an average salary that was double the Wisconsin average. The company had $220 million in revenue and was selling its systems across the globe.  They since merged with a California company, Accuray, which moved all its device manufacturing and assembly operations to Madison.  TomoTherapy might have struggled to get off the ground without a local lead investor with considerable capacity and syndication relationships regionally and nationally.  Without the local lead, it is more likely that WARF’s only option would have been to license to one of the large global companies who were not in Wisconsin.

NeuWave Medical was a UW-Madison spin-out that wanted to deliver a different form of energy to destroy cancer: microwave.  The academic founders approached Venture Investors for $2 million to get to FDA clearance for their novel device.  Venture Investors saw the potential in the concept but knew from experience that it would take more than $2 million.  Further, they believed the company needed someone with commercial experience.  Venture Investors introduced the company to a woman with exceptional leadership experience in medical devices.  She joined as chief executive officer and determined that the amount required to get to FDA clearance was $6 million, which was the size of the financing that Venture Investors syndicated locally.  They developed and manufactured the device in Wisconsin, sourcing most components from a supply chain of Wisconsin-based companies.  After another locally syndicated round that brought the total investment to $15 million, the company eventually needed a total of $57 million in financing, $12.5 million of which came from Venture Investors, and the rest from a national syndicate.  They first added a Miami firm.  In the next round they added a Silicon Valley firm that had invested with Venture Investors in two companies using lasers as an energy source to perform eye surgeries.  After beginning to rapidly grow revenue, NeuWave Medical was acquired by Johnson & Johnson for $300 million.  It was the first time Johnson & Johnson had a location in Wisconsin, and they have maintained operations and expanded employment in Madison.  Without a local lead investor that found the right CEO and had national syndication relationships, NeuWave Medical would have been underfunded and would have likely been forced to partner with an out-of-state firm early in their development.

Histosonics was a University of Michigan spinout.  What if you could perform precise cancer surgery to destroy cancer without an incision?  Histosonics needed seed funding to develop their novel idea for delivering another form of focused energy to destroy cancer cells: a unique form of ultrasound.  The cost of development was substantial because it was a novel new approach that had a high bar for FDA clearance, and no coastal investors demonstrated any interest.

The Venture Michigan Fund of Funds invested in multiple venture capital funds who agreed to commit to invest in Michigan, a combination of funds that were based in Michigan and out-of-state funds who agreed to open an office in Michigan.  One of those funds was Venture Investors, headquartered in Madison, who agreed to open an office and place a partner in Michigan.  As described above, Venture Investors had lots of experience with companies using energy to destroy tissue.  Venture Investors recognized similar potential in Histosonics but saw that they needed help.  They put forward a CEO candidate through their entrepreneur in residence program, syndicated an $11 million Series A financing that included five venture capital funds, four of which received Venture Michigan funding, three of which opened office in the state because of the program.  The first $34 million was difficult to raise, all coming from the original syndicate and a few added regional investors.   After the sale of NeuWave Medical to Johnson & Johnson, several senior members of the NeuWave team started looking for new opportunities, and Venture Investors helped recruit them to Histosonics.  (The NeuWave founders started a new company which Venture Investors backed within a month after the sale.)  However, as compelling clinical data led to the belief that this could be the next major modality for treating cancer, suddenly everyone wanted to invest, including strategic investors.  Today, Histosonics has raised $122 million from a syndicate that now includes coastal venture capitalists and two corporations, Johnson & Johnson (introduced by Venture Investors) and Varian Medical.  They are targeting FDA clearance next year and believe they will become the next “unicorn” (a company worth more than $1 billion) when that happens.  Without a Michigan Fund-of-Funds program that included a mix of in-state and out-of-state investors willing to establish an office in Michigan, the seed round probably would have not occurred, and if it did, not from the kinds of investors who had the depth of knowledge and experience to guide them towards success.

Michigan benefited from a Wisconsin headquartered venture capital fund opening an office in Michigan, but so did Wisconsin.  Two major suppliers of components for the Histosonics’ system are Wisconsin based, GE Healthcare of Waukesha and MPE of Milwaukee.  Additionally, the company has established a research collaboration with the UW-Madison.

Summary of lessons learned and their application to the Wisconsin Fund-of-Funds:

The state gets the same return as every other investor in a fund.  However, the state gets more.  Here are some of the other potential measures of program success:

Neis is managing partner of Venture Investors LLC, with offices in Madison and Milwaukee. He is a member of the Tech Council board of directors, the Wisconsin Venture Capital Association and the Wisconsin Fund Coalition.