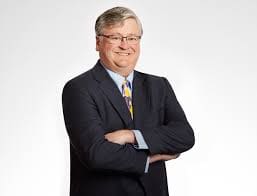 The hockey stick model of revenue growth is so hackneyed by now that many entrepreneurs are loath to project it, and many investors loath to believe it. And yet, when you look at successful exit transactions, and the winners in most venture capital portfolios, you are likely to see a lot of them. The fact is, the stick deserves a lot more respect than it typically gets.

The poor reputation of the hockey stick revenue projection is rooted in the reality that most such projections prove fanciful. If, as an investor, your goal is a high batting average, there are few better strategies than dismissing every hockey stick growth projection as fantasy. You will be right most of the time.

Of course, you won’t make many investments either, and will thus miss out on the occasional hockey stick growth curve that makes the grade. The occasional ten-bagger investment that in fact provides the bulk of investment returns in most venture capital portfolios.

And that’s just it. Without believing that there is hockey stick growth potential, most investors – more accurately, most venture capital investors – won’t even consider opening Their checkbook. Predictable, modest growth may fit the investment model for many investors, but not venture investors, with an investment model premised on the occasional 10x return, and thus the necessity of restricting all of their investments to deals with 10x+ return potential.

Those are deals with “hockey stick” revenue growth at the end of the rainbow – however extended the rainbow might be.

The real question for the entrepreneur, then, is not whether to project hockey stick growth, or even necessarily the timing of the same. The real question is whether any such projection makes sense for your startup. And the answer to that question is something the entrepreneur, first and foremost, needs to figure out for themselves. For real. And if the answer is “yes,” you just have to put up with the doubters, no matter how much shade they may cast on you and your plan. Because getting startup venture funding is, as a first step, a matter of convincing at least one venture investor to believe. In the stick … in your stick.

Paul A. Jones is Of Counsel to Michael Best. He has been a serial venture-capital backed entrepreneur and investor. He can be reached at pajones@michaelbest.com.
Visit the Michael Best Ventures website for more.