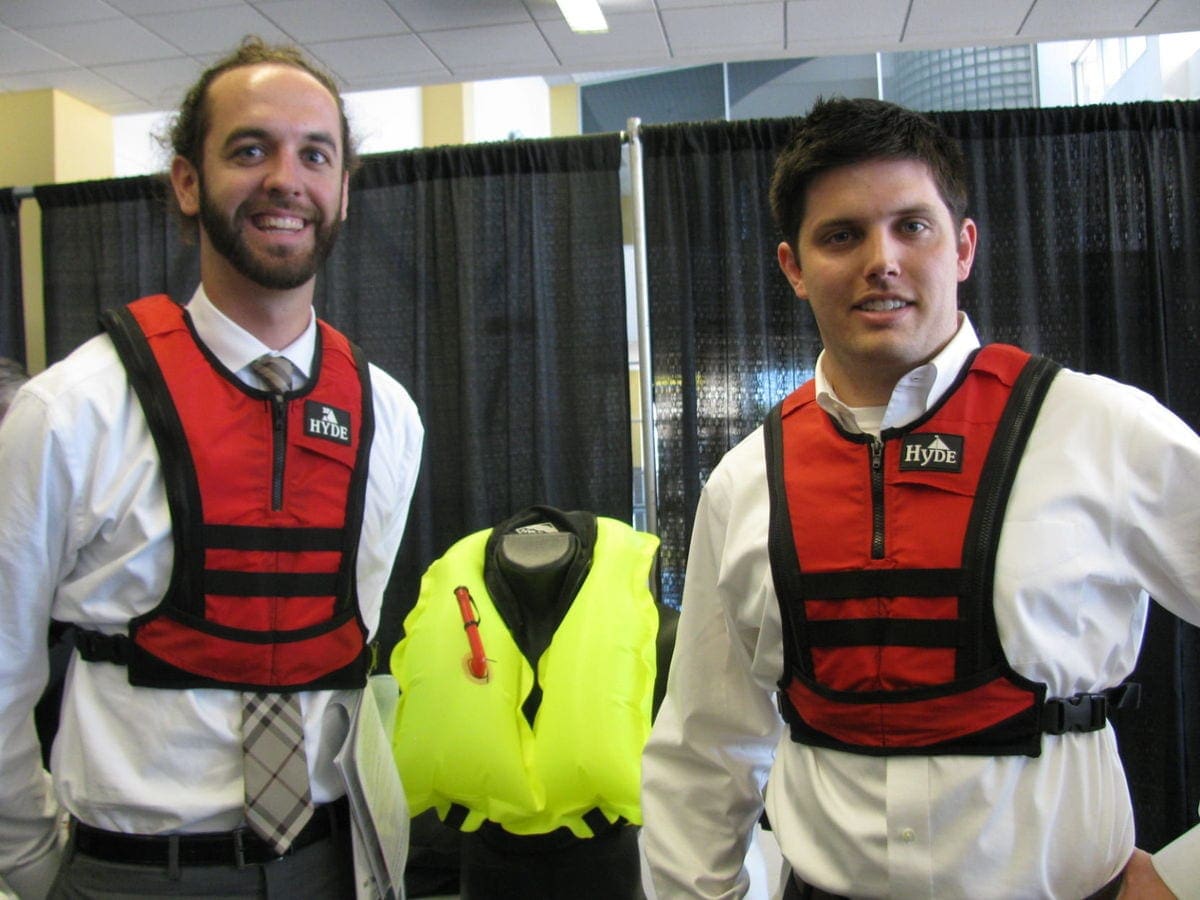 Hyde Sportswear, an outdoor sporting goods company that won the 2016 Wisconsin Governor’s Business Plan Contest with its sleek “Wingman” life vest, will appear on ABC’s “Shark Tank” show 8 p.m. CST Sunday, Jan. 21. It will mark the second time a company that competed in the statewide BPC has appeared on “Shark Tank.” Henry Schwartz of Milwaukee’s MobCraft Beer, who won the Advanced Manufacturing category in 2014, was a March 2016 Shark Tank contestant.

People with business plan ideas may enter the 2018 BPC by 5 p.m. Jan. 31 at www.govsbizplancontest.com

The thin life jacket, which Hughes wore under his suit while presenting in 2016 at the Wisconsin Entrepreneurs’ Conference, is designed so that users pull a ripcord to puncture a CO2 canister, causing the gas to inflate a built-in bladder that make the life jacket buoyant. Designed primarily for kayakers, stand-up paddleboats and anglers, the vest also appeals to kite-boarders and surfers due to its thin design.

At the time in won the BPC, Hyde had accumulated more than $75,000 in pre-orders and had been named the Best Action Sports Safety Product at ISPO Munich, Europe’s largest tradeshow, in 2015.

In 2017, co-founder Pat Hughes said: “The exposure (from the BPC) was very helpful and continues to be,” Hughes said. “We made many significant connections that we continue to explore… We’re an eCommerce company, so we can sell our products anywhere, but we’ve also learned there are many influential people right here in Wisconsin who can help us get where we want to go.”