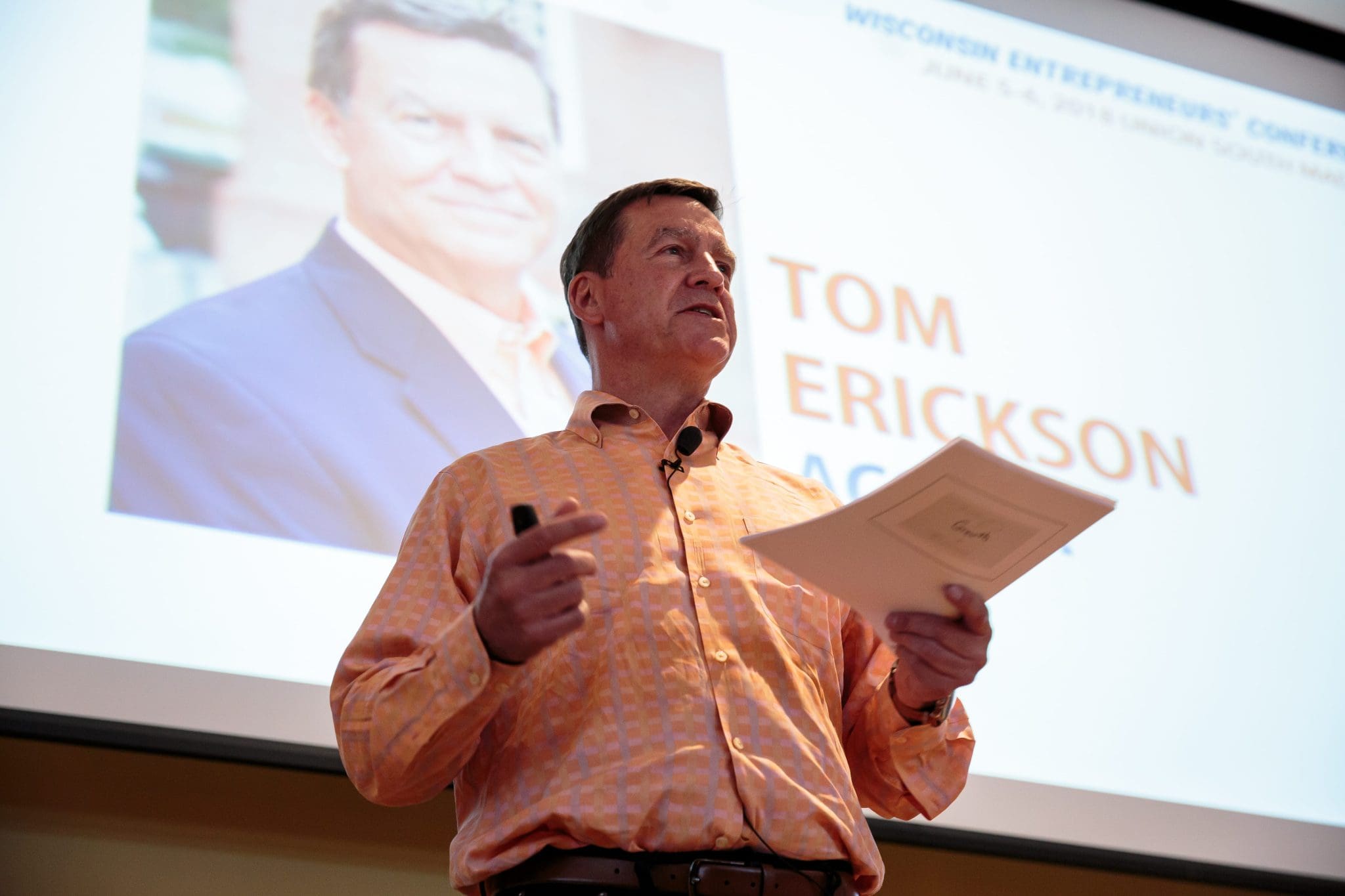 MADISON, Wis. – Tom Erickson is quick to talk about his days growing up in the western Wisconsin community of Mondovi, just south of Eau Claire, as well as his time as a computer and electrical engineering student at UW-Madison.

Once he left Madison in 1980, Erickson’s 30-plus-year career in computing carried him from Austin to Australia, and from the Silicon Valley to Boston, with 10 software companies and startups dotted along the route.

Now, he’s back in the state and university he calls home – with the formidable job of knitting together three existing UW-Madison departments into a full-fledged school that holds the promise of working more with businesses and entrepreneurs throughout Wisconsin.

Erickson was announced Thursday as the first director of the new School of Computer, Data and Information Sciences, which will include the existing Department of Computer Sciences, Department of Statistics and the Information School. It will also have ties to the American Family Insurance Data Science Institute, a research center created in the spring.

What makes Erickson a non-traditional but “right for the moment” pick to direct the school is not his academic background but his experience in enterprise software and the evolving wave of innovation that stands to transform the industry.

In the process, more UW-Madison students will get at least a taste of computer science, campus researchers from a mix of disciplines will find potential partners, and private industry in Wisconsin will be able to learn how trends such as artificial intelligence, machine learning and data collection and analysis can make them more competitive.

“We have a desire to really open up to Wisconsin industry, to help their people get up to speed on the evolving way they can use data and computing,” said Erickson, who led a campus study committee in 2018 that forwarded ideas to Chancellor Rebecca Blank on “Wisconsin in the Information Age.”

“We have a chance to create a strong ecosystem of innovation, to create jobs and bring significant recognition to Wisconsin as a place where entrepreneurs thrive,” he added.

Erickson understands entrepreneurs because he is one, having started and led young companies and dealt with venture capitalists and other investors from coast to coast. His last company, Massachusetts-based Acquia, operates in five U.S. offices and a dozen or so countries. Known for its Drupal open-source platform, Acquia was honored in 2012 and 2013 by Inc. and Deloitte, respectively, as the nation’s fastest-growing software firm.

Erickson was a founding director of Acquia in 2007 and left his chief executive officer role in 2017 to serve on its board of directors. He previously served in executive roles at Tele Atlas (acquired by TomTom) and Systinet (sold to Mercury Interactive).

Erickson spoke in 2018 to the Wisconsin Entrepreneurs’ Conference in Madison on the theme of “Wisconsin Hacker to Global Hustler,” describing his own path but also outlining some common traits of successful entrepreneurs and young companies.

Among them: the importance of teamwork and the right cultural fit, hiring for aptitude versus specific skills, acquiring customers, persistence and the concept of “ready, fire, aim,” meaning the need to launch products quickly and then adjust as needed.

As part of the larger College of Letters and Sciences, the School of Computer, Data and Information Sciences will operate within the UW-Madison’s largest and most diverse college. Disciplines range from arts and humanities to social sciences to natural sciences. It will provide fertile ground for interdisciplinary work.

Collectively, the new school will enroll about 2,700 students, more than 1,500 of which are working toward an undergraduate degree in computer sciences. The Comp Sci department at UW-Madison was one of the nation’s first and continues to rank among the top 15. It is positioned to grow with Erickson’s private-sector experience and connections.

Along with emerging computer science and data programs at Marquette, the Milwaukee School of Engineering, UW-Milwaukee and other schools, the more cohesive UW-Madison effort stands to establish ties with businesses from a mix of sectors as they look for talent and advice.

More than anything, Erickson’s hire signals that UW-Madison is embracing its larger statewide role and understands how computer science, data and information can help to transform the Wisconsin economy. From Mondovi to Silicon Valley and back, Erickson will help.

Still is president of the Wisconsin Technology Council. He was a member of the “Wisconsin in the Information Age” committee. He can be reached at tstill@wisconsintechnologycouncil.com.