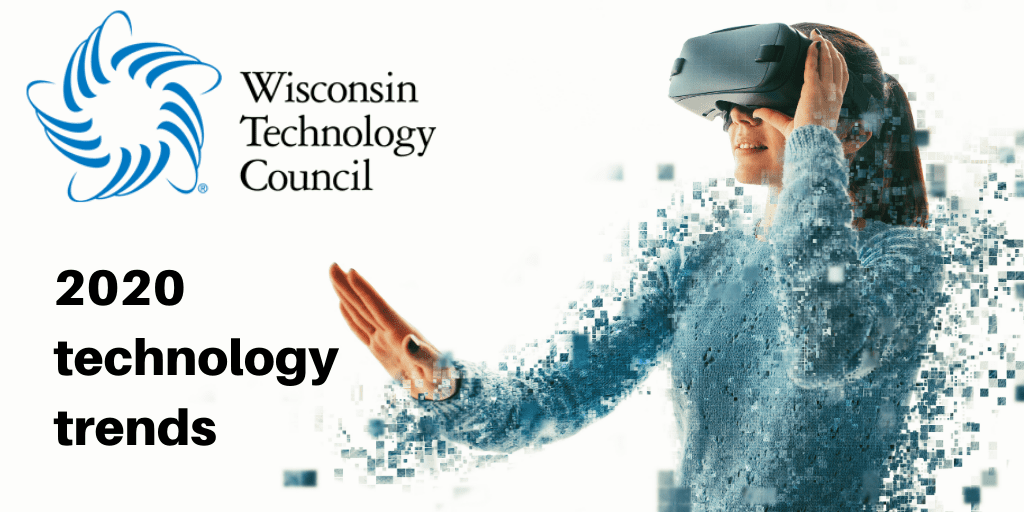 There are many who believe society has “summoned the demon” through technologies that threaten to addict us to screens, make us more vulnerable to cyber-snoops and replaceable by machines.

All possible, of course, but the same society that has released the digital genie won’t squeeze it back into the lantern. Instead, it should compel that genie to work for people.

In 2020, the pace of tech innovation will accelerate in areas vital to commerce, health, manufacturing, cyber-security, communications and more. Here are a few trends to watch:

The robocalypse is nigh? – Some jobs are being phased out by robotics, but newer and often better jobs are being created. Demographics throughout the western world suggest there are fewer available workers. Robotics, along with related tools such as artificial intelligence, will help to fill the gap. Piece-picking robots for warehouses and order fulfillment robots are expected to be a part of a surging industrial robot market.

Living on the edge (computing) – Edge computing can be thought of the “buy local” side of the internet cloud. Information processing, content collection and delivery are placed closer to sources, repositories and consumers of such information. By keeping traffic and processing closer to home, speed and bandwidth are improved. It’s a promising trend for Wisconsin, not only because of state’s diverse industries, but because reliable energy supplies and geographic stability make it a prime spot for data centers.

Breaking the privacy deadlock – Some legislatures are considering state-based laws to rein in the tech industry’s generally unregulated collection of personal information. A “California-knows-best” law is scheduled to take effect in January, but most observers agree a state-by-state solution would be a disaster for the U.S. digital economy. A federal bill has been drafted for review in the House Energy and Commerce Committee by Democratic and Republican staffers, a move that suggests Congress can install uniform safeguards for how companies collect and use reams of personal data. Also coming: More definition on how electronic health records are used.

Trade’s emerging tech side – Passage of the U.S.-Mexico-Canada trade agreement in the House of Representatives means the Senate will likely follow suit in January. This pact is vital to sectors ranging from agriculture to manufacturing; less known is that trade with Canada and Mexico supports 250,000 American tech-related jobs. The USMCA contains the strongest digital and intellectual property chapters found in any free-trade agreement. One-third of U.S. exports go to Mexico and Canada, which are also Wisconsin’s two leading trade partners by far.

Playing TikTok-Toe – Cyber-security threats, both foreign and domestic, continue to grow more sophisticated. Malware that infects businesses through employee-owned devices, drones that do digital damage from on high, “deep fakes” and the spread of misinformation are examples. Most recently, members of Congress and the U.S. military have cast a wary eye on TikTok, the Chinese-owned social media platform. The Marine Corps has banned use of the internet by service personnel who have the TikTok app on their mobile devices. What’s the long-term answer? Continued decentralizing of technology systems, said one expert who spoke at the Wisconsin Early Stage Symposium in November. “Decentralized technology is much more than blockchain and cryptocurrency… it can bring security and transparency in a way that restores trust,” said Jeff Schumacher of 55 Foundry.

Improving human health – The continued intersection of digital technologies with health is producing breakthroughs such as CRISPR, which is shorthand for a scientific technique that can be used to modify plant, animal and human DNA to protect genes from disease. Genetic and cell therapy is advancing quickly, as well. Real breakthroughs will also come is digital health data, such as what exists in millions of patient records, can be anonymously analyzed by researchers in search of diagnostics and therapies.

Technology has its drawbacks and its dangers, especially in the wrong hands, but few people would cram the genie back into the lamp. Let’s use our three wishes to be excited about the future, not fretful.