InsideWis: Badger Fund of Funds putting down markers across Wisconsin 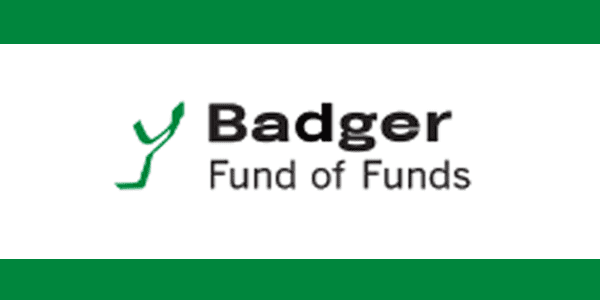 MADISON, Wis. –  Ken Johnson, the veteran Wisconsin investor who is a partner in the Badger Fund of Funds, has held true to his vision from the start.

Even before the Badger Fund of Funds was officially seeded in 2014 with a $25-million investment from the state of Wisconsin, Johnson described the early stage fund as “money for minnows” to be led by young, regionally focused managers.

In time, Johnson predicted, those 30-something managers would be seasoned enough to raise second and third funds – boosting return on investment for everyone, including the communities in which the funds were rooted.

Both the regional and “young guns” aspect of the Badger Fund of Funds will be on display June 5-6 at the Wisconsin Entrepreneurs’ Conference in Madison, where each of the umbrella funds’ managers will be formally introduced to a statewide crowd.

It comes at a time when Wisconsin needs to attract more capital across the financing spectrum, from later-stage venture capital to angel and other early stage funding for young firms just starting out.

The Idea Fund of La Crosse was the first “recipient” fund to be announced and is operational. It is being managed by Jonathon Horne, a La Crosse native who previously worked in investment banking at J.P. Morgan in New York.

The Winnebago Seed Fund was the second recipient fund to be announced. It is managed by David Trotter, a northeastern Wisconsin native who most recently was a portfolio manager at Legacy Private Trust Co. in Neenah. He is a Chartered Financial Analyst and a graduate of Marquette University’s Applied Investment Management Program.

Ross Leinweber of Whitefish Bay is launching the Milwaukee market’s first Badger Fund of Funds, Bold Coast Capital. Leinweber, who previously operated Cedar Road Capital in Port Washington, has been a trader, real-estate investor and an angel investor, having invested in a half-dozen startups.

The newest addition is The Winnow Fund, to be led by Richelle Martin with an emphasis on ideas that may arise on campuses across Wisconsin. Her background is transferring ideas from the laboratory to the marketplace.

Just as the Idea Fund of La Crosse is looking at seed-stage investments in western Wisconsin, the Winnebago Seed Fund is hoping to drill down into Wisconsin’s Fox Valley, mainly Appleton, Neenah and Oshkosh.  Idea Fund has raised $13 million, Winnebago Seed Fund has raised $11 million and Rock River Capital Partners is currently raising its fund, which will be about $15 million. Bold Coast is hoping to raise $12 million to $15 million. Fundraising goals have yet to announced for the Winnow Fund. Industry sectors will vary within all five funds, with Rock River tending to invest in later stages.

The parent Badger Fund has committed to make a matching investment of 40 percent of any money the new funds raise. That’s why it’s called a “fund of funds:” It is a network of smaller funds tied into the main fund, in which there are private as well as public investment dollars.

The curtain-raising on the Badger Fund of Funds will take place on Day 2 at the Entrepreneurs’ Conference at Union South in Madison, which will feature speakers, panelists and the culmination of the 15th annual Governor’s Business Plan Contest.

The law that created the Badger Fund of Funds came with red tape, but the fund is taking shape at a time when Wisconsin is producing more investment-worthy startups in regions where such activity was previously weak. Perhaps Johnson’s minnows will grow into fish big enough to swim upstream in a competitive world.