InsideWis: Big Tech has met the enemy – and it may be us 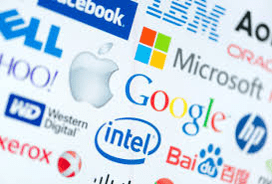 MADISON, Wis. – At the close of her speech to the Wisconsin Women in Government gala in Madison, former United Nations ambassador Samantha Power was asked about America’s deep political and cultural divides.

Power offered several reasons, not the least of which is that many people consume only the news with which they agree. Her observation morphed into a broader lament about the role of Big Tech in society.

Power, who served during President Obama’s administration and now teaches at Harvard University, said tech giants such as Facebook bear no small responsibility for breeding a social isolation that encourages distrust, cynicism and an erosion for civic values.

Let’s leave aside that many people didn’t care when their Facebook data was used to peddle them pro-Obama messages, and are now shocked to learn it’s been used to pinpoint people with pro-Trump tendencies. Also, let’s forgive those naïve users who didn’t realize they’re paying for their “free” Facebook by forking over much of their personal data for advertising and other purposes.

Power’s point is still well-taken: The startling rise of social media in less than 15 years has changed how people live, work and play – largely for the better, but also in ways that have corrosive effects.

Facebook wasn’t a company until 2004. About a decade ago the young company allowed outside firms to mine their data for many secondary purposes. Just four years later Facebook took another turn and reined in the outside data-mining so it could better monetize that information itself.

Somewhere along the way, data on roughly 87 million Facebook users was improperly passed along to Cambridge Analytics, now at the center of a privacy storm that has extended to Russian trolls and foreign governments. It’s why Facebook CEO Mark Zuckerberg has issued apologies to the public and Congress and pledged to do better.

Meanwhile, other Big Tech companies are coming under scrutiny from anti-trust regulators, editorial writers, stock markets and other watchdogs as the industry reaches an accountability threshold not previously acknowledged or even recognized.

Before the digital pitchforks are hoisted too high, it’s worth considering the good that has come from innovation that was only a bold idea at the start of the 21st century.

Social media is largely the product of a convergence of technologies that made it much easier, faster and cheaper to communicate with friends, colleagues and strangers alike — anywhere, anytime. It has empowered people and, in many ways, democratized news, business startups and social action.

However, as the CEO of corporate ethics and compliance firm LRN told the New York Times recently: “It all depends on how the tools are designed and how we choose to use them. The same amazing tech that enables people to form deeper relationships, foster closer communities and give everyone a voice can also breed isolation, embolden racists, and empower digital bullies and nefarious actors.”

The technology revolution that began with the birth of the internet is maturing in ways never imagined. Just as the first three Industrial Revolutions (machines, power and early computers) led to unintended consequences in society and democracy, so is the Fourth Industrial Revolution changing the world through mobile technologies, “big data,” artificial intelligence and the Internet of Things.

We can all choose to “unfriend” Facebook and Zuckerberg along with the other titans of tech. Or we can acknowledge today’s troubles are part growing pains, part corporate hubris and part our own addiction to tools that weren’t even available a generation ago. Most of us have trusted Big Tech with a lot of personal information and not asked anything in return. Now, it’s time for Big Tech to affirm that trust by making smart choices about how to better protect its users.