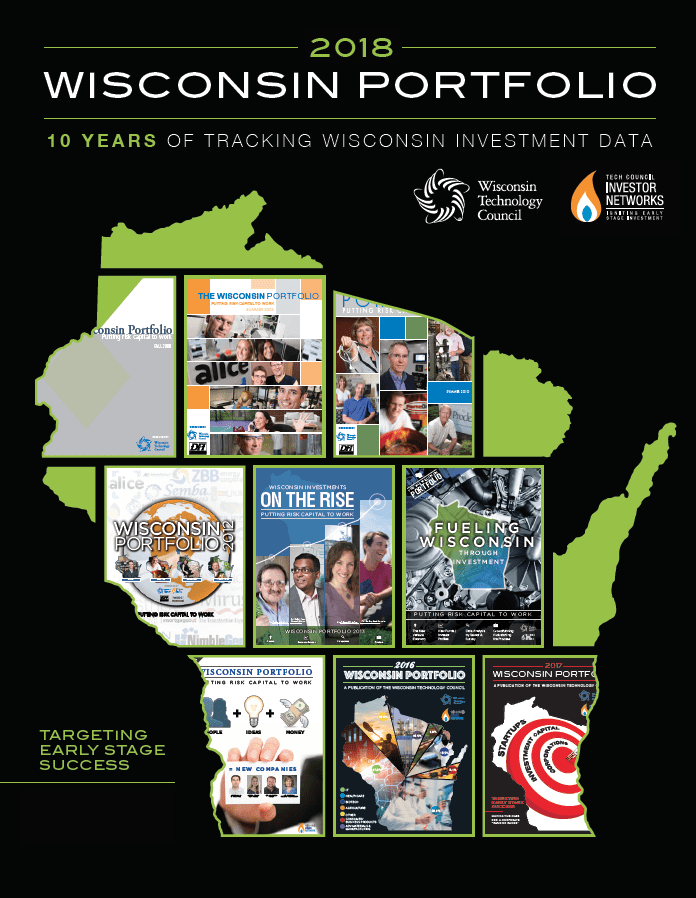 MADISON, Wis. – It was a scene that summarized the evolution of Wisconsin’s early stage investment community: Six portfolio managers from a statewide “fund-of-funds” gathered on the same platform to talk about how and where they plan to invest in some of the state’s youngest companies.

Even five years ago, that June 6 conversation at Madison’s Union South wouldn’t have taken place because there was no Badger Fund of Funds – the name for the umbrella venture capital group that covers five different funds across Wisconsin.

In fact, 15 of the 40 or so angel networks and early stage funds active in Wisconsin today didn’t exist five years ago – and only 10 of those 40 were part of the landscape 15 years ago.

Unless those “smart money” people aren’t as smart as they and their investors think, there must be something about the technology, people, companies and business climate of Wisconsin that leads angel and venture capitalists to believe there are good deals to be found here.

The generally positive trend in early stage investing is one theme of the latest edition of “The Wisconsin Portfolio,” which has tracked angel and venture capital deals in Wisconsin for a decade. While the number of deals and dollars invested in 2017 were both down, the five-year surge in early stage activity is noteworthy.

At least 127 Wisconsin early stage companies raised investment capital in 2017, the Wisconsin Technology Council publication reported. That’s a 71 percent increase from five years ago but an 8 percent decrease from 2016.

The numbers indicate the early stage investing scene in Wisconsin is getting more robust, although Wisconsin remains in no danger of overtaking California, Massachusetts or New York as a venture capital hub.

In fact, if Wisconsin were to match a typical year’s angel and venture capital activity in Michigan, Utah or Colorado, that alone would be an accomplishment. Here are other highlights from the report:

An encouraging trend is that investors appear to have discovered parts of Wisconsin outside Madison.

Sixty-seven of the 127 deals were concentrated in the Madison area, which is home to one of the nation’s largest research universities and strong anchor companies in health information, biotechnology and more. The Milwaukee area, which lagged in deal flow for years, showed 39 investments. That’s still disproportionate to the size of each metropolitan area, but the deal spread used to be much wider.

In the context of what was also a down year nationally for venture capital investment, the dip in Wisconsin deals for 2017 isn’t a fire alarm. Still, it points to the fact Wisconsin companies must constantly compete for investment dollars from home-grown funds and networks as well as funds outside the state’s borders.

Still is president of the Wisconsin Technology Council. He is the former associate editor of the Wisconsin State Journal. Learn more at: https://wisconsintechnologycouncil.com/publications/wisconsin-portfolio/