InsideWis: Following the flight of the ‘black swan’: Entrepreneurs in the coronavirus era 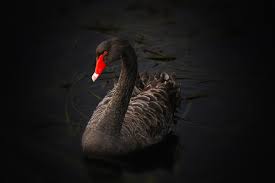 MADISON, Wis. – Sequoia Capital, the Silicon Valley venture capital firm with a 50-year track record of overall success, issued a March 5 memo headlined: “Coronavirus is the Black Swan of 2020,” meaning the spread of the virus is an unexpected disruption with widespread financial effects.

Within two weeks, word got out that the same Sequoia Capital was seeking to raise $7 billion for a set of venture funds to invest in young businesses in the United States, China and India.

The average person might react with a huge “Huh?” at the seeming conflict between a memo about massive market disruption, followed by what appears to be a decision to raise a new set of funds that would be bigger than the last time Sequoia did so two years ago.

The explanation has to do with the overall message behind Sequoia’s “Black Swan” memo, which wasn’t quite as dire as forecasts by the same venture giant during the 2008 market crash. The latest message was two-fold: Young companies need to plan wisely now on how to survive COVID-19’s onslaught on the economy, and not lose sight that some of today’s success stories got their start during previous economic crises such as the Great Recession.

“In downturns, revenue and cash levels always fall faster than expenses,” read the March 5 memo, in which Sequoia advised extending cash runways during a time in which revenues could fall, supply chains could be interrupted, marketing becomes more difficult and managing head counts is necessary.

“We sent that memo because we wanted to signal to our (company) founders they should take this seriously,” Sequoia partner Alfred Lin told Bloomberg Television. “We need to focus on survival. For many of our founders, that means focusing on their cash flow and understanding how much cash they have to get to the other side.”

The second part of the memo was a reminder that opportunity sometimes springs from hard times.

“Many of the most iconic companies were forged and shaped during difficult times. We partnered with Cisco shortly after Black Monday in 1987. Google and PayPal soldiered through the aftermath of the Dotcom bust. More recently, Airbnb, Square, and Stripe were founded in the midst of the Global Financial Crisis. Constraints focus the mind and provide fertile ground for creativity,” Sequoia partners wrote.

To that list can be added companies such as Pinterest, Uber, Dropbox, Slack and WhatsApp, to name a few.

It’s not just the big Silicon Valley investors that are adjusting. Wisconsin Investment Partners, one of Wisconsin’s oldest and largest angel networks, held its March 18 screening meeting virtually to hear from four young companies seeking investments. (A screening meeting doesn’t mean an investment will occur; it’s just one of the first steps in a longer courtship.)

For most investors, the issue at hand is managing what’s already on the plate.

“We’re having in-depth conversations with companies in our portfolio … to make sure they have ample cash runway to weather the storm,” said John Neis, managing director of Venture Investors, Wisconsin’s oldest and largest venture-capital fund.

Neis noted that many investors will look first at “follow-on” investments in existing portfolio companies, where previous investments must be protected. Major institutional investors facing an overall loss of assets due to the market downturn may find themselves squeezed to put more money into alternative asset classes, such as venture capital, at least until some measure of certainty returns.

“In the classic sense of ‘buy low and sell high,’ I guess one could say this is not a bad time to make investments in our (venture) world because there are bargains to be had and exits don’t happen for years, anyway,” Neis said. “But this isn’t ‘business as usual’ or even close, and it may not be for a long time.”

Market and economic troubles were at the core of upheavals in the late 1980s, early 2000s and 2008. The “Black Swan” of 2020 is a bird of a different feather, which makes it more difficult to follow for young companies and investors alike.