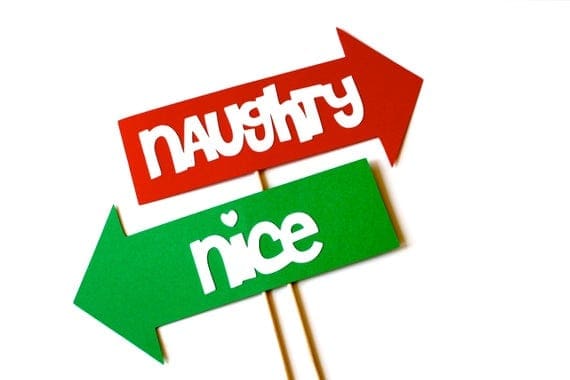 MADISON, Wis. – A source close to the toy industry has leaked a copy of Santa’s perks list for Wisconsin politicians and newsmakers. Here’s what the good boys and girls in Madison and Washington will reportedly find in their stockings this Christmas. But they better not pout and they better not cry if an alert district attorney asks why gifts were delivered down chimneys after midnight.

Gov. Tony Evers – It’s hard to shop for a guy who has everything. A Democratic house in the Wisconsin Legislature after the 2020 elections? Santa’s early head count says unlikely. A high-speed train to connect Milwaukee and Madison? That’s also improbable, given the off-track and over-budget project in California. The governor has been known to play euchre, so how about a T-shirt that says, “I never pass on a Bower.” That might even intimidate some Republicans.

Assembly Speaker Robin Vos – The 75th speaker in Wisconsin history, Vos has held that role since 2013 by keeping a tight rein on an often-unruly house. He’s the current president of the National Conference of State Legislatures, so there’s no need for Santa to give him the gift of national exposure. In fact, a recent NCSL trip took Vos and a bipartisan group of U.S. lawmakers to Israel, where rocket-attack alarms were sounded at one point. Sort of a metaphor for life in the State Capitol these days.

Senate Majority Leader Scott Fitzgerald – “Fitz” is running for Congress in a solidly Republican district held by Jim Sensenbrenner since Ike was a corporal. Not worried about Democratic opponents, Fitz has eliminated a host of possible GOP challengers by mysterious means. Santa’s gift to Fitz: Not tipping off law enforcement that dredging small ponds in Waukesha County might turn up a few bodies wearing cement boots.

Organizers of the Democratic National Convention in Milwaukee – Santa wishes them a peaceful mid-July week in the Cream City with lots of Wisconsin folks opting to head to the Northwoods and put their homes up for rent on Airbnb.

Exact Sciences CEO Kevin Conroy – Not a politician (at least, not yet), Conroy is the son of a former Michigan State Senate majority leader and someone who enjoys engaging over public policy. For now, he and his team are busily fighting cancer, but his personal stock could rise over time … much like shares of Exact Sciences.

State Revenue Secretary Peter Barca – Wisconsin’s economy is holding up well, despite stalled exports, a tight job market and a fragile dairy industry. Former legislator Barca understands, however, that what goes up usually must come down. Santa’s gift is the ability to keep a sharp eye on economic indicators that could make or break the next state budget.

Former Lt. Gov. Rebecca Kleefisch – Voted out of office in 2018 along with Gov. Scott Walker, Kleefisch has been working a mix of gigs that now includes being a “jobs ambassador” for the Associated Builders and Contractors of Wisconsin. Santa suspects a 2022 run for governor is not out of the question, so Santa’s gift is well-maintained roads on which to travel the state … assuming the Evers administration keeps fixing them.

U.S. Rep. Ron Kind – The veteran Democrat from La Crosse voted in favor of impeaching President Trump, a risky political move in western Wisconsin’s most “purple” district. Santa’s gift to centrist Kind as he ponders the 2020 campaign: A copy of “Purple People Leader – How to Protect Unity, Release Politics and Lead Everyone.”

For Wisconsin’s rising political stars: In an era when sharp personal attacks and partisanship can drive more good people away from politics than it attracts, it’s reassuring to know that some quality office-holders continue to be attracted to public service. That’s a gift to Wisconsin citizens. Happy holidays, everyone!