InsideWis: Illinois tech initiative should be wake-up call to Wisconsin 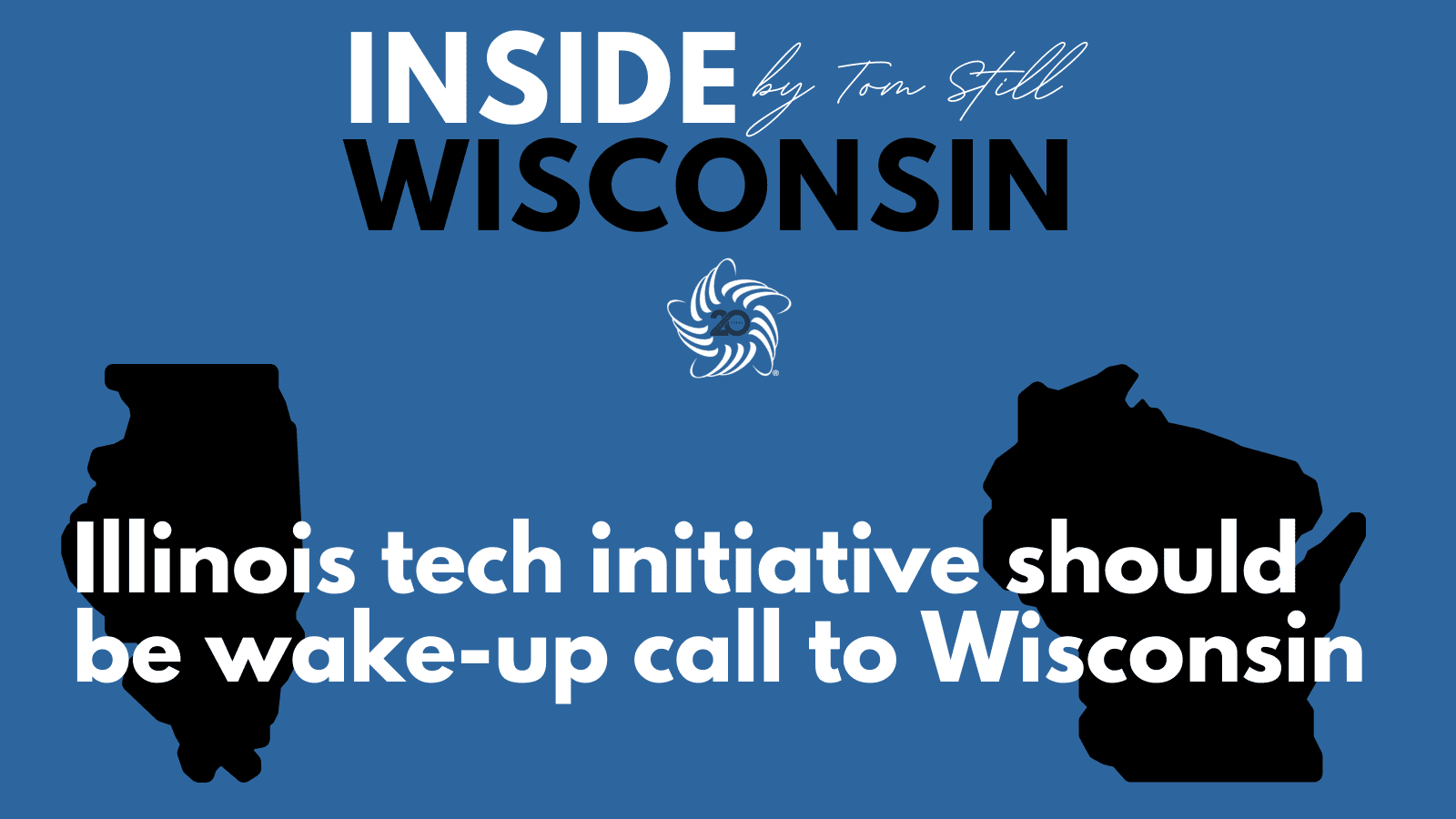 WAUWATOSA, Wis. – Two hundred miles south of the Wisconsin border on the University of Illinois campus, a $200-million initiative announced Oct. 19 offered ample evidence that our neighbors are gearing up to compete for an infusion of federal science and technology money.

It’s a development that should lend a sense of urgency to talks within Wisconsin’s major research institutions about finding collaborative ways to compete.

The University of Illinois College of Engineering, IBM and state government unveiled plans for a Discovery Accelerator Institute on the Champaign-Urbana campus, with the long-range goal of spurring breakthroughs in areas such as quantum computing, artificial intelligence, accelerated materials discovery and sustainability.

It may sound like an overgrown science project to some, but it’s aimed at solving national and global problems and introducing products and technology that may find their way into the commercial world, although not necessarily overnight. It will also help students who engage in hands-on work that will better tie them to jobs and careers after graduating.

The Discovery Accelerator Institute is also the state of Illinois’ chit on the table for the coming federal competition for research and development dollars, which could occur through one of a handful of bills in play in Congress. The core idea imbedded in each bill is to revive and raise American competitiveness by encouraging regional academic and industry collaboration in selected science and tech areas.

In fact, Illinois Gov. J.B. Pritzker called the new University of Illinois partnership “a testament to Illinois’ leadership as a hub of quantum research and artificial intelligence development.” The word “hub,” backed by a state-of-the-art facility included in the plan, may be magic words to federal funders.

So, where does Wisconsin stand in a race that has apparently already started in states such as Illinois, Ohio, Michigan and Texas?

It’s still at the starting line but equipped with the right scientific and research assets to make a strong run.

The coming competition for federal R&D investment, first envisioned within The Endless Frontier Act proposed with bipartisan support in 2020, was the topic of a Tech Council Innovation Network luncheon at the UW-Milwaukee Innovation Accelerator in Wauwatosa. It took place the same day as the Illinois announcement and involved engineering leaders from UW-Madison, UW-Milwaukee, Marquette University and the Milwaukee School of Engineering, as well as the chief executive officer of the Wisconsin Alumni Research Foundation.

Panelists described core R&D strengths in their respective schools, with advanced manufacturing and robotics, energy and sustainability, materials science, cybersecurity, health sciences and artificial intelligence cutting across institutional lines. They also talked about a record of collaboration, with projects involving researchers in all four institutions and state industry, citing companies such as Johnson Controls, Rockwell Automation and Oshkosh Corp.

The group also recognized that a possible Wisconsin “bid” for whatever emerges from Congress cannot propose to boil the ocean. With 10 broad tech area, a plan must focus on areas where the state truly stands out, that can draw on available industry expertise and – perhaps just as important – identify an anchor institution to attract the attention of federal funders.

Erik Iverson, who leads WARF, said it would be important to determine the geographic scope of Wisconsin’s tech hub proposal, which he suggested could include Milwaukee, Madison, Green Bay and the Kenosha-Racine corridor. From there, a coordinating entity – most likely the UW-Madison, with its $1.3-billion research budget – could be asked to take the lead.

“I think we collectively need to have that dialogue to decide what would position us to achieve one of these technology hubs,” Iverson said. “I do believe that it is (Wisconsin’s) to lose.”

It remains to be seen what else Illinois may put on the table, but it has identified a lead university, a lead corporation and has the blessing of state government. To compete, Wisconsin needs at least the same plus the bonus of other top research institutions and companies. The race is underway. It’s time to come out of the blocks.