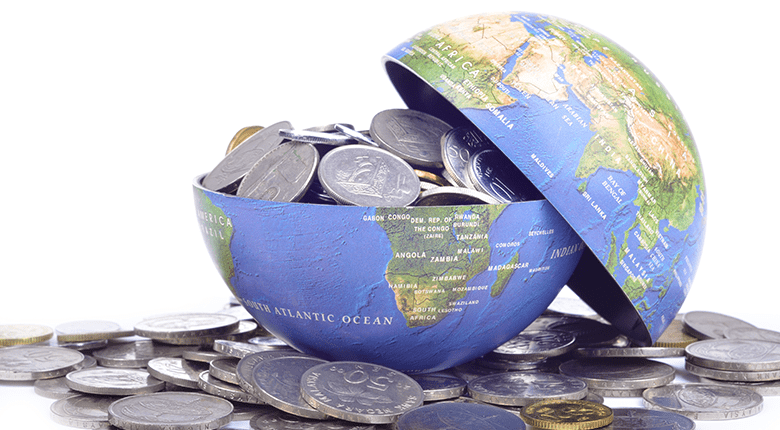 APPLETON, Wis. – There are many reasons why people in Wisconsin and elsewhere can be skeptics when it comes to the global economy. Whether it’s the coronavirus outbreak, seemingly endless debates over tariffs and trade pacts, or worries over jobs being lost overseas, people can be tempted to think it’s time to crawl into a manhole and cover it from above.

If only it was that simple – or even possible.

The reality of today’s economy is that connections that range from digital to physical have transformed how people around the world work and live, usually for the better. Wisconsin’s geographic position in the middle of the United States may insulate the state from some trends, but the diversity of its economy means it can provide the goods and services the world needs while also attracting investment from abroad.

The reach of the global economy in Wisconsin and how it strengthens the state was the topic of a Feb. 4 Tech Council Innovation Network luncheon at Fox Valley Technical College in Appleton, where a group gathered to hear about exports, foreign direct investment and ways companies can better take advantage of global opportunities.

Katy Sinnott, who heads the international business development arm of the Wisconsin Economic Development Corp., explained how sectors of the state economy fit into the global picture and why so many people outside the United States see Wisconsin as a strong place to invest. The result in both cases is more jobs.

“Globalization is upon us. We may have had some difficult times, but it’s not going away,” said Sinnott, whose background include decades of experience doing business overseas.

Both exports and foreign direct investment, or FDI, explain why that’s true. There are 720 companies in Wisconsin backed by foreign owners, with nearly half in manufacturing (48 percent) and the rest spread among sectors such as wholesale trade, finance, insurance, retail trade, technical services and more. Collectively, those companies accounted for 108,000 Wisconsin jobs in 2019.

While China has been a growing export destination for Wisconsin goods and services, it doesn’t show up in the list of top FDI sources in the state. That list is led by Germany, Canada, the United Kingdom, Japan, France, Switzerland, Sweden and Italy, all of which have invested in 10 or more Wisconsin companies.

Sinnott illustrated the point by talking about three Japanese-owned companies – Komatsu Joy Global, Fujifilm-Cellular Dynamics and Hitachi Metals-Waupaca Foundry – that represent nearly $2 billion in recent investment. They have built on a history of Japanese investment that dates to Kikkoman Foods planting a flag in Wisconsin more than 40 years ago.

On the export side of the picture, Wisconsin’s leading trade partners have been Canada, Mexico, China, Germany and the United Kingdom. The coronavirus lockdown in China will likely reduce 2020 exports from Wisconsin – and has already led to the cancelling of a WEDC trade mission there.

However, Sinnott noted, Phase 1 of a U.S.-China trade agreement may help over time, especially if intellectual property provisions stick. Similarly, the signing of the U.S.-Mexico-Canada trade agreement should provide relief to the state’s dairy and poultry industries while strengthening “rules of origin” for U.S.-made components and digital trade.

With demonstrated returns on investment, what prevents more Wisconsin companies from becoming exporters? For many, Sinnott said, it’s worries about getting paid in a world where currency needs to flow cleanly across borders. Others worry about language barriers or simply getting in the door in an unfamiliar country.

That’s where WEDC programs such as ExporTech, International Market Access Grants and an international network that includes about 90 contracted trade representatives can help, Sinnott said. Companies that complete the ExporTech program typically see double-digit revenue increases within a year.

Wisconsin’s economy is already globalized and there’s no turning back. The goal should be building on opportunities that exist while ensuring that state companies and workers come out on top.