InsideWis: In Wisconsin, underlying strength of hospitals may be COVID-19 edge 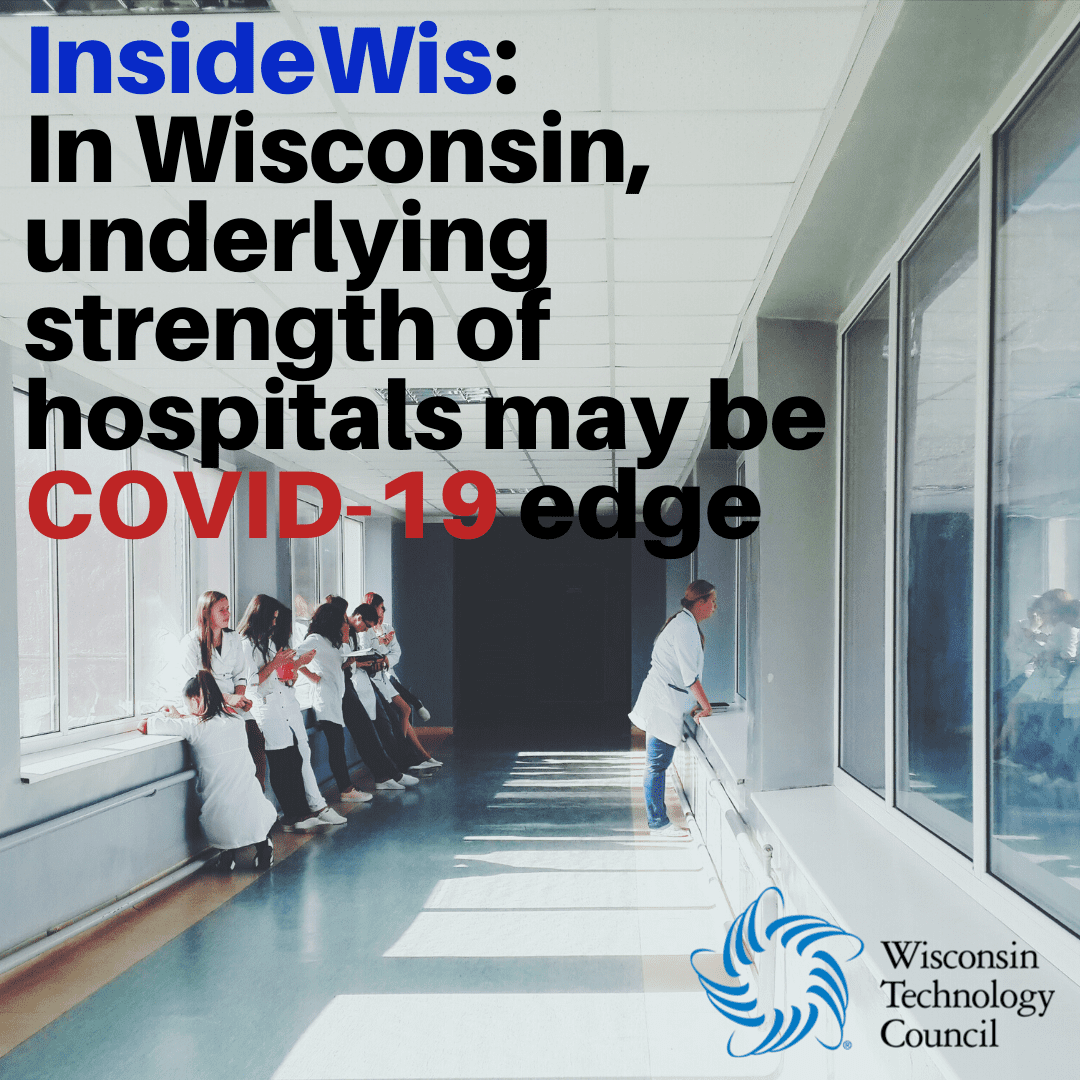 MADISON, Wis. – As Wisconsin prepares for what public health experts predict will be a surge of COVID-19 cases requiring more than stay-at-home treatment, the state may have an edge not available in some places.

While the coronavirus crisis could change the state situation dramatically, Wisconsin hospitals are largely stable financially for now and the state has not experienced the steady drip of rural hospital closures that began in 2010.

About 135 U.S. hospitals have closed since 2015, according to the Healthcare Financial Management Association, including 47 in 2019 alone. That’s out of a total of roughly 6,100, of which about 130 are in Wisconsin. None of the 30 or so hospitals that entered bankruptcy in 2019 were reported to be in the state.

While consulting groups and other observers say a dozen rural hospitals in Wisconsin are at risk, often because Medicaid and Medicare reimbursement rates don’t match the cost of care, there hasn’t been a rural hospital close in Wisconsin since 2011. That year, Franciscan Skemp shut its hospital in Arcadia, substituting a clinic instead.

The story has been different across the nation. About 120 of the nation’s roughly 1,840 rural hospitals have closed in 10 years, according to a Forbes report.

The size of the COVID-19 wave and how it is distributed over time will make a major difference for all hospitals, urban or rural, but the availability of such facilities somewhat evenly across Wisconsin means the state may be better prepared than places that have experienced a decline in the number of rural beds.

Groups such as the Wisconsin Hospital Association and the Rural Wisconsin Health Cooperative, which is based in Sauk City, have worked on policy changes over time to blunt the effects that larger economic and demographic trends have inflicted on other states.

Still, it all comes down to whether the COVID-19 epidemic tips the balance in another direction – or serves as a reminder of the overall quality of health care in Wisconsin once it passes.

In a March 31 letter to members of the Wisconsin Legislature, WHA President Eric Borgerding outlined emergency steps underway in the state’s hospitals and health, urged some regulatory changes and outlined why it’s important to “flatten the curve” to help hospitals cope with a surge in patients.

Borgerding also noted that hospitals may lose money the longer they’re predominantly dealing with COVID-19 and not doing other work.

“For every week elective and scheduled non-emergency procedures are halted, some $170 million in revenue is not realized by Wisconsin hospitals,” he wrote. “At the same time, expenses for frontline workers and other infrastructure are certainly not going down commensurately.”

The U.S. Bureau of Labor Statistics calculates the payroll for Wisconsin’s frontline health-care workforce is about $275 million per week.

“This situation will become worse with each day; some of our smaller and more vulnerable hospitals are grappling with serious problems right now,” Borgerding continued. “Stability assistance for increasingly vulnerable hospitals, some of which are the single-largest employers in their communities, is needed to maintain readiness and preserve accessibility today and tomorrow.”

The final point raises a “chicken-or-egg” question about the importance of health-care access in rural Wisconsin. Data released by the state Department of Revenue last fall showed that virtually all of Wisconsin’s 72 counties showed some employment increase in the previous five years, unlike many other states – notably, almost all rural counties in Illinois.

My guess it’s a combination of both, and a good argument for fighting to preserve that healthy balance long after the virus subsides.