InsideWis: State economy should grow through 2020, but wild cards in deck

MADISON, Wis. – The U.S. economy set a record July 1 for the most consecutive months without a recession – 121, to be precise – a streak that began in mid-2009 as the financial crisis underlying the Great Recession hit bottom.

Cause to celebrate, yes. Reason to worry about the law of gravity, absolutely.

In a market economy, what goes up can easily go down, especially when domestic and world events threaten stability. Investors, companies and consumers alike get jumpy when confronted with trade wars, Middle East standoffs, uncertainty in the European Union and more. 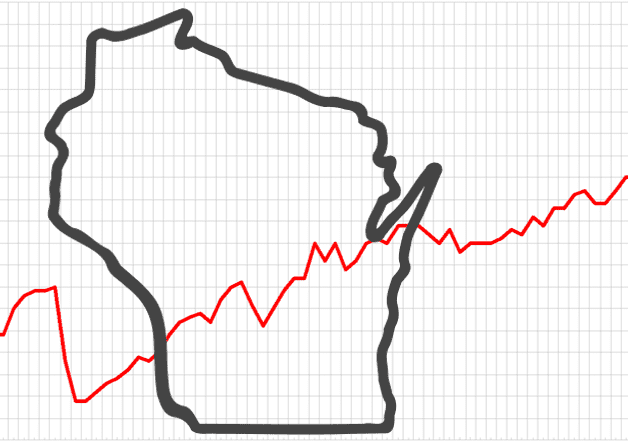 What does it mean for Wisconsin, a state that represents slightly less than 2 percent of the U.S. economy and a sliver of the global economy? The answer carries more weight than those fractions might suggest.

Data from the state Department of Revenue suggests the national and Wisconsin economies will continue to grow through the rest of 2019 and probably beyond, although not at the same pace as during 2018. Personal income growth continues to be strong, helped by tight job markets and low oil prices, and Wisconsin’s unemployment rate remains below the U.S. figures.

That’s not unusual when compared to historical trends, as personal incomes in Wisconsin often rise slower than the U.S. average and emerge from recessionary storms more slowly.

Revenue Secretary Peter Barca talked about the state economy July 9 at a meeting of the Wisconsin Technology Council board of directors in Milwaukee, where he also described the major sources of state government revenues and the largest spending categories.

His remarks underscored why Wisconsin is not immune from downturns in the global economy, especially when it comes to exports.

The total value of all state exports in 2018 was more than $22.7 billion, with machinery; computer and electronic products; transportation equipment; food products; chemicals; and electrical equipment, appliances and components representing about 70 percent of the total.

With those kinds of tangible goods making up that much of the state’s export profile, it’s easy to see why a recession could hit Wisconsin hard – as it did in the late 2000s.

The effects of a trade war become evident when Wisconsin’s top trade markets are examined. Canada and Mexico, anchors in the 25-year-old North American Free Trade Agreement, account for 46 percent of all state exports. China, which is a primary tariff target, accounts for more than 7 percent of Wisconsin exports. Four EU countries (Germany, the United Kingdom, France and the Netherlands) also rank in the state’s top 10 markets.

It explains why people working in sectors that range from agriculture to manufacturing to technology get nervous when trade talks go off the rails: Wisconsin’s economy is more dependent than most on selling its goods and services overseas.

State revenues have climbed in recent years due to economic growth, and they would contract with a slowdown. In 2018, state “general fund” revenues were $16.5 billion, with individual income taxes accounting for nearly $8.5 billion (52.5%), sales and use taxes more than $5.4 billion (33.7%) and all other categories – including corporate income taxes – making up the remainder.

The state spent the bulk of that $16.5 million by sending money back to local schools (34.8%), on medical assistance (17.7%), on prisons and corrections (7.4%), for property tax relief (7.2%), on the University of Wisconsin System (6.3%), for aid to local governments (5%) and on the technical college system (3.2%). With more than 80% of all state spending in those seven programs, a recession would hit people touched by them first.

Many economists argue the U.S. economy is living on borrowed time and that a downturn is inevitable. They’re probably correct. For Wisconsin, the best way to somewhat defy gravity is to continue to build a more diverse economy with more small businesses and entrepreneurs. The bigger the deck, the less likely a wild card with spoil the deal.