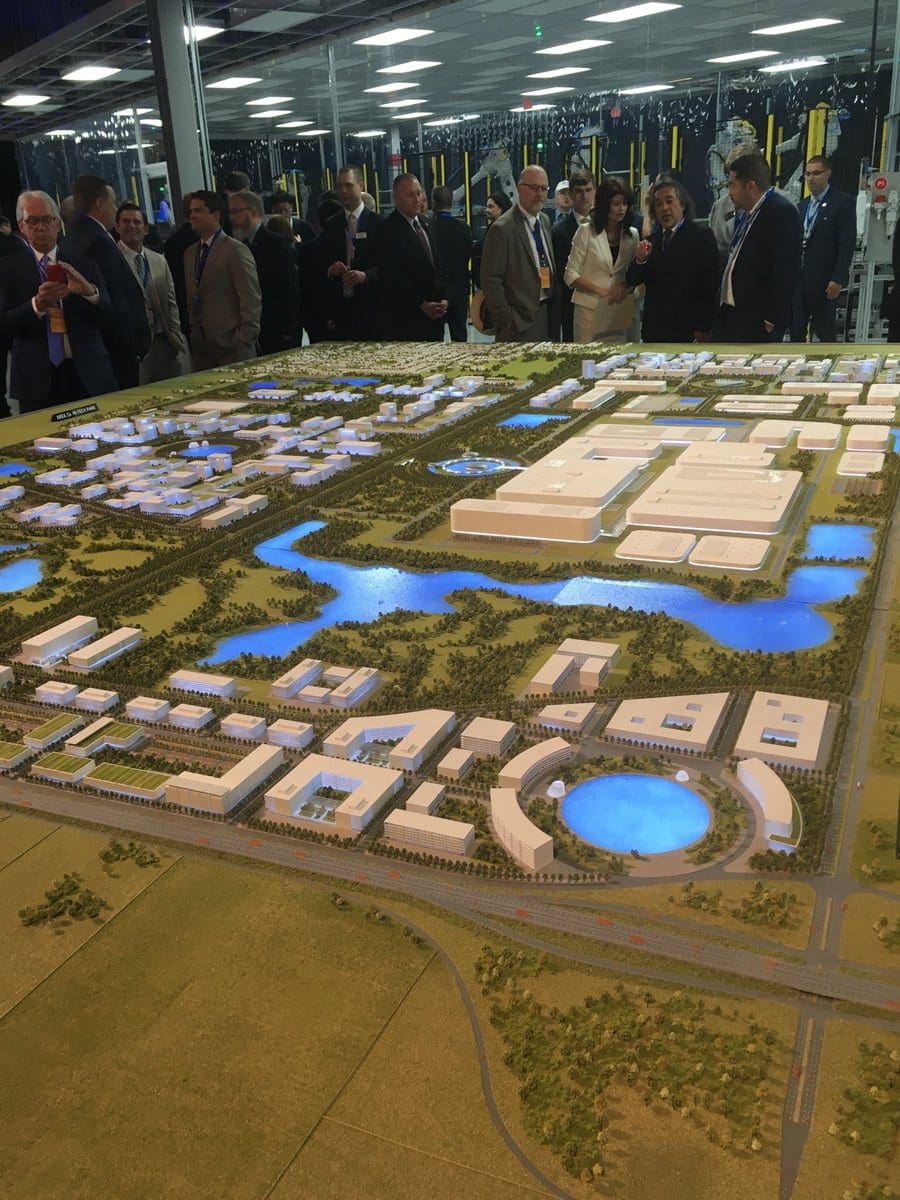 Just outside the hall where Trump, Ryan and Walker and others spoke Thursday afternoon, the real luminaries weren’t politicians or even people – but technologies that will place Wisconsin on the leading edge of an American revolution in manufacturing and health care.

The size and scope of Foxconn’s emerging presence in Wisconsin was on display for a groundbreaking ceremony that left even those familiar with the project in awe of what’s to come as the world’s fourth-largest tech company imbeds itself in the state.

The standard descriptor of Foxconn is that of a company that assembles iPhones and television sets. That’s true, but it’s also a company with technologies to combat cancer; enhance learning for students of all ages; improve manufacturing quality and efficiency; store and retrieve massive amounts of medical data; create sustainable systems; and support legacy business sectors such as retail, aviation and transportation.

A tour of Foxconn’s exhibits was like a trip to an Epcot Center of technology, with something to amaze every visitor. Even if the 2,900-acre campus does not grow into “the eighth wonder of the world,” as Trump predicted, the company will redefine Wisconsin’s economy precisely because so many of its technologies build upon existing strengths. Consider these examples:

Central to the “Wisconn Valley” complex in Racine County will be production of high-definition screens to be used for purposes that include mobile devices and televisions, which are part of Foxconn’s Sharp brand, but also for next-generation uses. Autonomous vehicles, avionics and medical imaging are among the intended uses of Foxconn’s 8k/5g platform, which produces pictures so sharp that surgeons can perform critical procedures remotely.

With its massive footprint and forecasts of up to 13,000 employees, Foxconn’s Racine park is the center of attention and expected to be “transformative” for the southeast Wisconsin economy, as Racine County Executive Jonathan Delagrave told the groundbreaking day visitors.

Increasingly, however, Foxconn is looking like a company with statewide ambitions. It has purchased a downtown Milwaukee office building to serve as a headquarters and innovation center; announced plans Friday for an innovation center in Green Bay; contracted with about 40 Wisconsin firms for construction and related services; and started building a supply chain that stands to be Wisconsin’s largest. So much for the prediction Foxconn would cut and run, leaving Wisconsin in the lurch.

If anything, Foxconn’s investment is more secure than ever as trade tensions mount and foreign companies look to relocate production to the United States. Foxconn founder and chief executive officer Terry Gou, who worked in Wisconsin about 40 years ago as part of a Midwest sales route, sounded like a man who prefers to be on the inside of America looking out.

“A strong Wisconsin is good for America, and a strong America is good for the world,” Gou told the Racine crowd.

If the technologies on display are used to leverage Wisconsin’s historic strengths in manufacturing, health care, education and more, that strength will come.