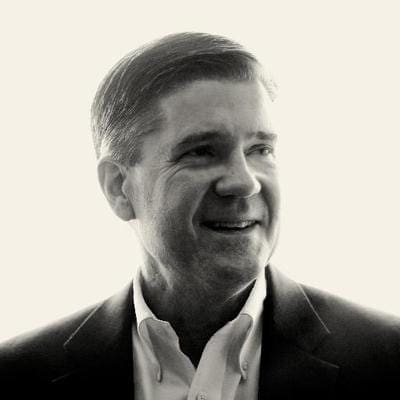 MADISON, Wis. – Don’t talk to John Austin about the Midwest “Rust Belt.” He’ll tell you how that depressing image is fading in very real ways.

Then again, Austin is quick to add, it’s just as fanciful to believe the Midwest of yester-year will ever come back. Instead of an economy built entirely on silos and smokestacks, a new and more economically diverse Midwest is rising in its place.

That message is central to a just-released report, “A vital Midwest: The path to a new prosperity,” co-authored for the Chicago Council on Global Affairs by Austin, who is director of the Michigan Economic Center, a University of Michigan lecturer and a senior fellow at the Brookings Institution.

The report offers best-practice examples of how cities large and small in the Midwest, which Austin defines as stretching from western Pennsylvania through Minnesota and Iowa, are uniquely adapting to an economy driven by global trends, information technology, healthcare and more.

Some are doing so by embracing innovation from academic research centers, with Madison being a prominent example in Austin’s report. Other communities are working with different strengths to reinvent themselves, with advanced manufacturing, trade, renewable energy and tourism being among the tools.

“The popular perception of the Midwest as a Rust Belt … a struggling region that has lost its way … is wrong,” said Austin in a recent interview. “It is not a Midwest of similarly situated communities on the decline. There are lots of communities, large and small, that have turned the corner and are winning.”

The Chicago Council report is the second major “think-tank” effort of late to point out the Midwest’s considerable assets and to suggest ways to build upon them. A Brookings Institution report issued in December sounded similar themes, even citing Madison as the Heartland’s No. 1 potential “growth center” by a mix of standards.

There’s no argument from Austin about Madison being a hot spot; he spoke on the UW-Madison campus in November at a conference called by Gov. Tony Evers. However, his report also singles out Milwaukee, in part because of its cluster built around water technology. He also highlighted Eau Claire, where companies such as Jamf and Cray, the UW-Eau Claire, music festivals and more have helped to rebuild the economy and attract new blood.

“Even the old Uniroyal tire plant, which employed thousands before it closed in the early 1990s, is now a business incubator that supports 500 jobs,” Austin wrote.

While touting the power of academic research centers such as Madison, the Chicago Council report also points to resurgence in places such as Ashtabula, Ohio; Decorah, Iowa; Columbus, Ind., Kalamazoo, Mich.; and even Rockford, Ill., which ranks among the nation’s top exporting counties. In all, the report spotlights nearly 20 places where progress is taking different yet indigenous paths.

“It’s not widely known, but the Midwest is a center of innovation for everything – advanced manufacturing, water, food systems, clean energy, software, healthcare and a lot more,” Austin said.

His “glass-half-full” view is heartening, but Austin also sees challenges.

A former president of the Michigan State Board of Education, Austin cites statistics that show an uneven Midwest performance when it comes to higher education and occupational credentials.

He also described the Midwest as having “some of the country’s oldest infrastructure, and the costliest to repair, with an outsize share of brownfields and polluted areas.”

Austin also took note of the historic Midwest affection for layers upon layers of local governments, “many with a dwindling tax base, (which) means communities have limited ability to organize to meet the needs of their own residents, not to mention compete with other global regions.” Wisconsin has about twice the number of local governments per capita as the U.S. average.

The Chicago Council report includes many specific recommendations, but the central conclusion is that the new Midwest is making progress and holds the tools to perform even better. During an election year in which the region and its voters are being closely watched, that upbeat message may resonant with those who believe they aren’t helpless when it comes to reclaiming their economic destinies.