InsideWis: Seeing it is believing it: Wisconsin tech growth is tangible 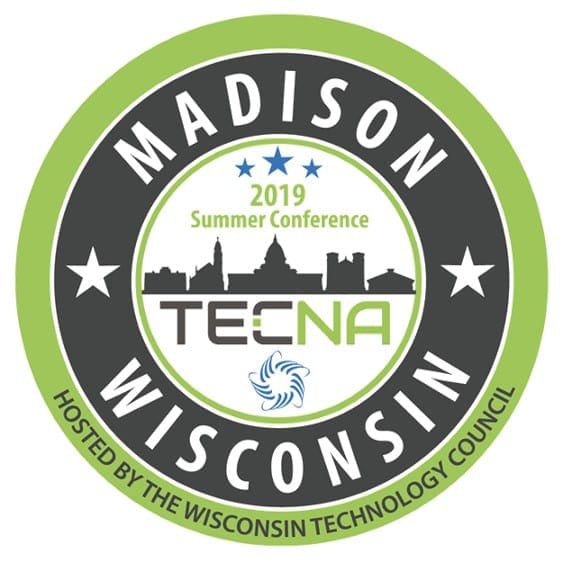 MADISON, Wis. – Some people in Wisconsin assume the rest of the country knows all it needs to know about us.

That’s a faulty assumption, especially in an era when competing for talent knows no borders.

Cheese, beer, Northwoods lakes and big-time sports are iconic brands that represent one face of Wisconsin, but those familiar identities aren’t always reflective of the state’s economic future.

Wisconsin is also a state with a growing tech-based economy, something people outside its borders enthusiastically grasp once they see and touch it.

That was an unofficial outcome of the late July summer conference of the Technology Councils of North America, or TECNA, which drew about 125 association leaders from most of the 50 states and each Canadian province to the Madison area.

The gathering included sessions on topics such as workforce shortages, federal policy challenges and best practices from states and provinces, but it also gave tech leaders a glimpse at what is pushing Wisconsin’s economic evolution.

Most out-of-state visitors were in awe of the conference meeting site at Epic Systems in Verona, where the whimsical setting spoke to the company’s customer-driven approach to delivering health information technologies. All the tech leaders had heard of Epic, but few realized the size, scale and unique nature of the 1,000-acre setting and its intersection with Epic’s corporate culture.

The group also took narrated “tech tours” of the UW-Madison campus, learning about innovations past and present, rolled past other tech company settings and heard from Wisconsin panelists who described why the city and state are increasingly popping up on national lists.

Erik Iversen, the managing director of the Wisconsin Alumni Research Foundation, worked in the bustling tech stronghold of Seattle for years before joining WARF two years ago. He told the TECNA group he believes the Madison area has a more vibrant biotechnology economy than Seattle, which is roughly seven times as large in terms of its metropolitan population.

Gov. Tony Evers, who spoke July 24 to the conference, described the region as “one of those emerging stars in technology and it’s also a great place to live.”

He noted Madison ranks only behind Seattle, San Francisco and Washington, D.C., in the percentage of the workforce that holds a computer science or mathematics job. Evers also touted the state’s academic research and development infrastructure.

Other Wisconsin industry leaders talked about efforts to build a stronger tech-based economy in sectors ranging from telecommunications to health care and manufacturing. A common problem emerged in discussions with tech executives elsewhere: How can rural communities and workers from diverse backgrounds share in that progress?

The conference coincided with the release of a report that ranked Madison 25th and Milwaukee 44th among the 50 largest U.S. and Canadian markets in terms of the number of tech talent professionals, a rating propelled in the Madison area by the presence of Epic, Promega, Exact Sciences and other homegrown companies.

Wisconsin is engaged in a competition for talent: Keeping young people home, training homegrown residents for emerging professions and attracting people from elsewhere. As the 67-year-old Evers joked with the TECNA crowd, “too many people here look like me” and there’s a need for younger, diverse workers.

Part of the answer is letting young people in Wisconsin know there are many job and lifestyle opportunities close to home. Another piece of the strategy is exposing visitors to a face of Wisconsin that looks beyond the state’s more familiar brands.

Still is president of the Wisconsin Technology Council, which hosted the 2019 TECNA summer conference. He can be reach at tstill@wisconsintechnologycouncil.com.