Jay Handy: Optimism and wisdom on hand at the ‘Woodstock of Capitalism’ 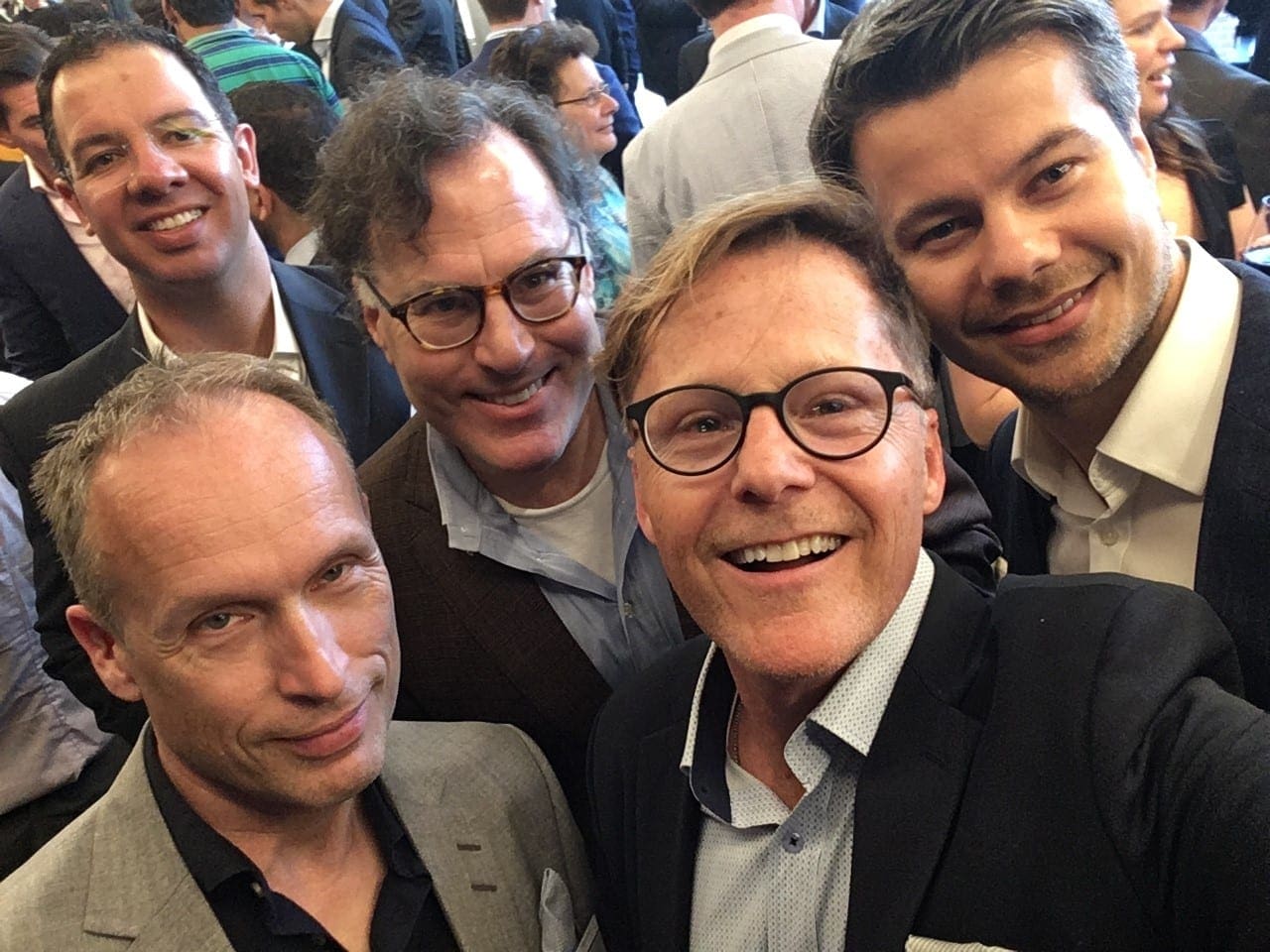 As a shareholder in Warren Buffett’s Berkshire Hathaway, I am invited to attend his annual shareholders meeting in Omaha, Neb., which took place in May. For me, it was a can’t-miss gathering that combined a glimpse of the future – and perspective on the past.

Under Berkshire Hathaway are about 65 companies ranging from BNSF Railroad to Dairy Queen. That explains why an intimate crowd of 42,000 people descend on Omaha, where Buffett has spent a large part of his life, away from the hustle and bustle of Wall Street.

While some might see it as a gathering of middle-aged guys in ill-fitting suits and bad haircuts, so many private airplanes from Europe and China arrive that it takes on the feel of a global gathering of wealth and influence. Many call it “The Woodstock of Capitalism.”

On center stage is Buffett. There is nothing like hearing from one of America’s top business leaders share wisdom and insights from his 87 years on this planet.

The overarching theme was the power of the U.S. economy. Buffett held up a newspaper from 1942 and it was a dire front page. America has just entered World War II and the economy, still wounded by Depression, was close to its darkest hour. And yet, even in those troubled times, there was resilience. Buffet asked us: “If you had invested $10,000 in the U.S. economy in 1942, in its worst hours, how much would it be worth today?” Answer: $51 million.

The gross domestic product is six times what it was then. The average house was 1,100 square feet – today, it is 2,400. That 1942 house had one garage and now three is common. The standard of living is greater. Buffet has lived through 14 of the 45 presidents. Seven of them have been Republicans, seven of them have been Democrats, one was forced to resign, and one was assassinated. He has lived through wars, upheavals, protests, The Cuban Missile Crisis, and still, no matter who is in the Oval Office, America’s resilience is remarkable. This was his non-political political statement: No matter who is in the White House, the country will thrive, so don’t panic.

Buffett is bullish on the United States. If you took that $10,000 in 1942 in gold, it would only be worth only $400,000. Most people who are bearish in investing in the United States look to gold. Buffett was highlighting that being a pessimist in this country does not pay.

Also in 1942, we sold about 5 percent of the GDP and imported 5 percent. Today, we export 11 percent and bring in 14 percent. We want to be the supplier to the world of our goods and services and right now we are selling less than we are buying. If we buy more than we sell, we have less profit, so reversing the mix would be ideal.

Still, Buffett wasn’t panicking. We do not want the trade gap to get wider, but it will fluctuate. This tension of the GDP will be there, but that is a good thing. Because it is bigger, it means we are worldwide dependent. So, everyone, every country, has skin in the game. Trade prevents warfare. One does not want to attack the buyer of your goods.

Buffett also talked about how steel tariffs were a bad deal for the United States with China for workers, as the damage has already been done to jobs – but not to production output. In the 1950s, there were 500,000 workers in the steel industry. Today, there are only 130,000, but U.S. production is twice what it was then. One might think with fewer workers steel production would be down, but it is gone massively up.

So, it is tech that’s the bigger culprit than trade for less jobs? Buffett provided a solution: “We have a bond with our citizens to educate people from birth to age 18. It costs about $150,000 to invest in each student. We need to educate them wisely so that they’re adaptable to the changing economy.”

Buffett also has big plans for health care. In 1960, healthcare was 5 percent of the GDP. Now, it’s 18 percent. Our companies must compete with other worldwide companies that do not have this line-item expense. It puts the United States at a competitive disadvantage because its companies bear an increased expense for the medical cost of employees. Buffet called it “the tapeworm of our economy.” It’s because of this that Berkshire Hathaway, Amazon and JP Morgan have come together to try and create a better healthcare model to use as an example for the U.S. (read more here)

Buffett turned to bitcoin, and described it as not a productive asset. A farm can generate income, but with bitcoin, you can only hope someone will buy it later at a higher price and “this will all end badly.”

Listening to Warren Buffett and his partner Charlie Munger (94 years old), two men that have seen it all, is like listening to a shaman or a dear grandfather. These are experienced men in a young country. It put a lot of things in perspective for me, especially with what is going on in Washington. Both sides think the world is going to end yet it is not. We came out of 1942 and we will continue to be resilient. It gave me tremendous perspective and hope. You are not reliant on the given times.

Handy is co-founder and senior portfolio strategist of Walnut Capital Management, with wealth management offices in Wisconsin, Missouri and North Carolina. He may be reached at @HandyJay.