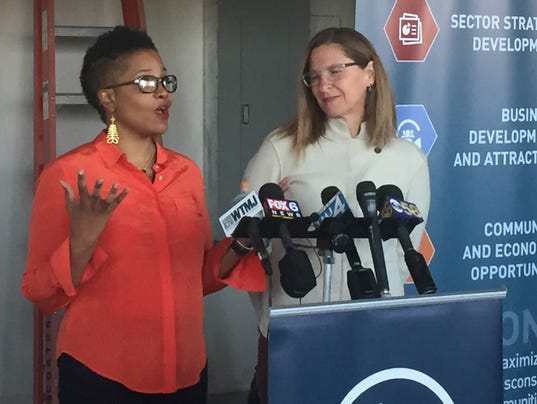 The redevelopment of a former BMO Harris Bank, one of six Sherman Park buildings burned in the unrest that followed the 2016 shooting of Sylville Smith by a Milwaukee police officer, has been awarded $250,000 by the Wisconsin Economic Development Corp.

Sabir, who will operate her own restaurant, to be named Shindig, out of the Phoenix, said 20 mostly black-owned businesses have signed on as tenants, and 10 business owners are on a waiting list to access the space.