Medium: Why Institutional Investors Should Double Down on VC 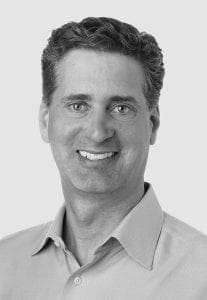 Most institutional investors have some exposure to the venture capital asset class, but conventional wisdom has been that only a small handful of marquee VC managers are worthy of investment.

A working paper published by the National Bureau of Economic Research (NBER) in November 2020 contradicts that notion, showing that half of all VC fund managers outperform the public markets, and are therefore worthy of institutional investment.

This is still an NBER “working paper”, meaning it has not yet been peer-reviewed, but the authors — led by Steven Kaplan of Booth School of Business at the University of Chicago — are highly experienced researchers and are unlikely to have made any egregious errors. Thus, this work will likely survive the peer review process.

They found, using a data source that was previously unavailable to researchers, that VC firms’ outperformance is much more broadly distributed than previously understood. The decades-long belief has been that only top-quartile VC funds outperform public equities.

Anecdotal belief among the LPs in VC funds is that the top quartile performance is actually driven by only the top 5 percent of funds within the quartile. Nobody really knows for sure because the underlying fund-level data had not been available for analysis, until now.

This new analysis shows half of all VC funds launched between 2009 and 2017 generated returns to investors, net of all management and performance fees, that outperformed the public market equivalents (PME) of both the S&P 500 and Russell 2000.

PME is important because it is a relative measurement to what investors would have gotten had they invested their cash into those public market indexes, net of fees, and with the same timing of specific cash inflows and outflows, including dividends paid by public companies.

It’s also important to note that VC industry returns for the 2009 to 2017 vintage years are likely to only get stronger as all of the IPO and SPAC exits occurring after the dataset cutoff date of June 30, 2020 push the numbers up, possibly pushing 75 percent of all VC funds above PME.

This new data set comes from the accounting back-office systems of thousands of institutional LPs (primarily pension funds, endowments and foundations), so while it is a highly accurate and unbiased data set, the most accurate statement is that half of VC funds that have institutional LPs have outperformed PME.

The analysis shows that the average VC fund of funds, or investment vehicles that only invest in VC funds, generate net returns that also outperformed the S&P 500 and Russell 2000 PMEs over the same period. They more than make up for their fees by picking better VC fund managers than the average institutional LP can do on their own.

All this data leads to the conclusion that the VC industry has generated better returns than public markets. The question is: how much better?

The answer depends on the specific vintages you invested in.

Experienced LPs and GPs will tell you to never try to time the VC market; just invest consistently across vintage years, and ideally in the best firms. Ignoring your ability to pick the best firms, and just looking at your portfolio diversified by vintage year with equal diversification across firms that performed in the first, second, third, and fourth quartiles of performance of all post-2000 vintages, you would have outperformed public equities by 10% over that period.

If you could have picked first and second quartile funds, and then first quartile funds only, you would have outperformed by 60 percent and 110 percent, respectively.

The take-away is that even while the VC asset class has been very good to institutional investors over the years, they should double-down and accelerate their allocations, and do it to a much broader set of VC fund managers than they historically have done.

Dan Malven is a managing director of 4490 Ventures