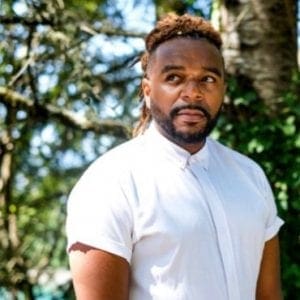 Marceau Michel’s idea for a new on-demand staffing company, Werkhorse, was good enough to win a startup pitch competition and a coveted spot in a tech incubator in Portland, Oregon, two years ago. But no matter what he did, Michel could not seem to land the funding he needed.

As he met with mostly white investors, he had a sneaking suspicion that he was not getting a fair hearing. “I ran into that glass ceiling of being a Black entrepreneur,” he said. “I kept having the goal posts pushed out on me.”

He was told he should first try to obtain more money from family and friends. Or to offer more proof that his idea would really work. Or to reach out again a little later.

After months of frustration, Michel unleashed a material cri de coeur: a T-shirt bearing the phrase Black Founders Matter and an upraised fist. There was no plan behind it, and he had little time to devote to selling the shirts. He set up an e-commerce system on Shopify to automate their sales and turned his focus back to Werkhorse.

While he wasn’t paying attention, the shirts changed the course of Michel’s career: They were the catalyst for a new investment fund dedicated to Black-owned businesses that the accidental venture capitalist sees as entwined with racial justice.

Even with the pandemic upending the economy, Michel raised $1 million for the fund over the course of a month this summer. Those contributions arrived as protests proliferated across the country in response to the death of George Floyd, the Black man who died after a Minneapolis police officer knelt on his neck for more than eight minutes.