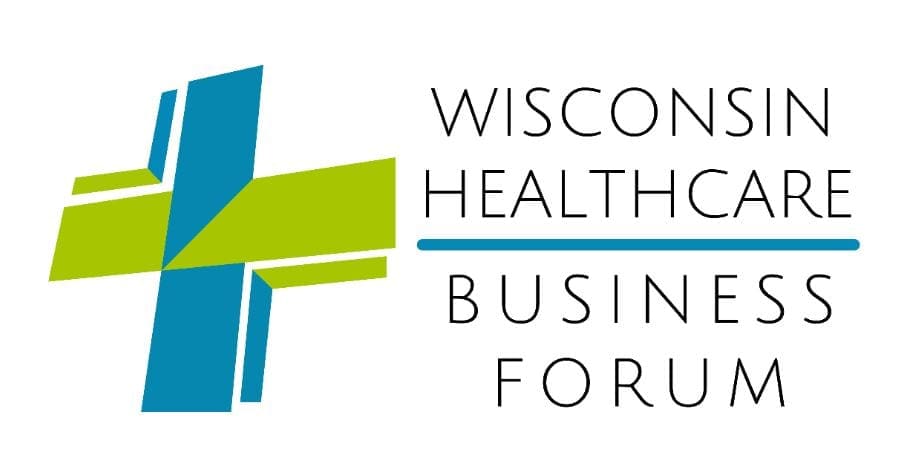 In a recent interview with Wisconsin Health News, Borgerding and Still talked about why they formed the group, what they think it can achieve and why providers’ appetite for disruption is changing.

Edited excerpts are below.

WHN: What’s the goal of the Wisconsin Healthcare Business Forum?

Tom Still: This arose out of a lot of conversations between Eric and I and some work that we had done at the Tech Council over time trying to connect young companies as well as some of the research we did around healthcare quality and costs. Out of that came the notion that one of Wisconsin’s often undersold assets is the quality of the healthcare system overall. When year in and year out, Wisconsin is ranked as high as it is – that’s an asset. Especially when you’re trying to build a quality workforce and you’re trying to attract and retain companies. So that was really number one in terms of how we looked at.

I looked at it too from the perspective of those young companies because of connections with providers.….There ought to be better ways to connect young companies with innovation with providers who know what they’re looking for, know what problems they want to solve and know what, if anything, they would pay for it to get it done. And I think there’s a new attitude among a lot of providers around that, that Eric’s picked up on as have I – that they are looking for innovation. And when it’s right here in their own backyards, it’s well worth checking out.

Eric Borgerding: We’ve been talking about high quality healthcare in Wisconsin, number one, because we can. It’s real. It’s true. And we’ve been talking about this for several years, trying to bring attention to the fact that, as Tom said, it really is an asset and one that we should be promoting. It should be an element of economic development just like utility costs or roads or the educational system …Healthcare is far beyond the walls of the hospital. And so we know that Wisconsin’s high quality healthcare system cannot only be one of the attributes that the state uses to attract business. But man, there’s so many opportunities for partnership with employers, with businesses to try to bend the cost curve by working together.

We’ve said this for a while, but I would like to think that the relationship between healthcare providers and employers is not adversarial. Rather, there’s an increasing mutual interest in managing costs. So why not partner and do that together?

WHN: Who do you anticipate being members of the forum?

TS: I see the core members being those on the provider side. Already some of Eric’s members have said they want to take part. And then the disruptors, on the innovation side – both large and small. There’s a lot going on in this state. That would be the core of it.

But we also want to hear from businesses that are consumers of healthcare. That’s a big part. And have some hopefully unfiltered conversations around quality, cost and whatever else is going on.

WHN: Will this group lobby or take stances on any specific policy issues?

TS: I think it remains to be seen. It’s organized as a 501(c)(6). So my sense is to the extent it gets into lobbying, it will be on issues related to growing, building and promoting the broader healthcare sector in Wisconsin.

WHN: Some of the state’s more promising health tech companies have expressed frustration that it can be harder for them to get business in Wisconsin than other states. What do you attribute that to?

TS: Health tech companies need more money than others to get up and going for a variety of reasons – going through the [Food and Drug Administration, National Institutes for Health] and whoever else might be involved in that. The testing cycle is longer. So it’s a longer runway and oftentimes there are only a certain number and types of venture capitalists who can afford to play.

And in this state, we have some really good ones and some really active ones. But we don’t have as many as some of the leading venture capital states in the country. So, if a young company can’t find the traction it needs and the money it needs from angel [investors] and [venture capital] then where do they go? Do they have to go out of state to look for that kind of money and/or providers? And the answer to that sometimes is yeah.

WHN: Is that starting to change at all?

TS: We have seen where the providers have had more interest because they’re feeling like, “Hey, we got to be ahead of the curve before we are disrupted.” They much prefer to be disrupted in a good, organized way. And I think that the young companies don’t often know where to go within the provider networks to get it started. There’s probably not a big sign over the door that says, “Chief of Disruption, come see me.”

But, I think they’re very open from what I’ve seen to some kind of organized way of getting those companies to their attention right here in their own backyard so that they can see what’s going on. Because health IT, the Epic factor, is huge. And there are a lot of young companies in this area, among the leaders in the nation, really, in doing those kinds of things. It’s always been strong around personalized medicine. Always had a strong base around genetics, molecular therapies. All of that could be of use in these provider systems. I think the leadership now in these provider systems is perhaps more open than a generation ago.

EB: I would agree completely. Not even a generation ago. Maybe just five, six years ago. I think there’s a motivation and an incentive for providers to be a part of the change. To be a part of the disruption ….The hospital and health system leaders in Wisconsin are being very proactive about what’s coming at them. And increasingly wanting to get a better handle on these emerging technologies and understand how to help them – as opposed to sort of worry about it and think, “Oh my gosh, this is going to put me out of business…”

I think it’s taken some time to move from fearing disruption to embracing it, and wanting to understand it – and wanting to be a part of it. So that’s what’s changing. It takes some time. Healthcare has been changing and evolving for some time, but boy, it sure seems like a real rapid pace the past six, seven years. And even more so the last two or three. And it’s going to get even more rapid. And so when you’re running a hospital or health system, you’re kind of looking at this stuff coming at you and maybe your first reaction is a defensive one. “How is this going to take business away from me? How is this going to move market share away from me?” But I think what’s clearly happening is that instead of fearing that and wondering about it, it’s more like, “Let’s understand it, engage it.”

WHN: What are the next steps for the forum?

TS: I think for a while we’re going to be just doing some basic blocking and tackling. We’re going to build a board of directors. And by design, we’re going to have providers and employers in an equal kind of numbers … I’m going to think about trying to retool our own tech summit. That is a matchmaking event and it’s always historically had the big folks up there and the emerging companies there. And even though they may be in the same universe, they don’t meet.

EB: And then there’s the other bucket which is we have such great quality of care here. How can we connect that more in a partnership way with employers? And I don’t want to overstate this, but in addition to connecting providers and employers, it may identify some things that from a public policy perspective that should change or be improved. And I don’t know what those are off the top of my head. But the cool thing about these types of entities is you really start to identify a lot of the things that are standing in the way of fully realizing potential, whether it’s growing our healthcare sector in that economy and/or it’s connecting employers and providers so they can align more on managing costs.