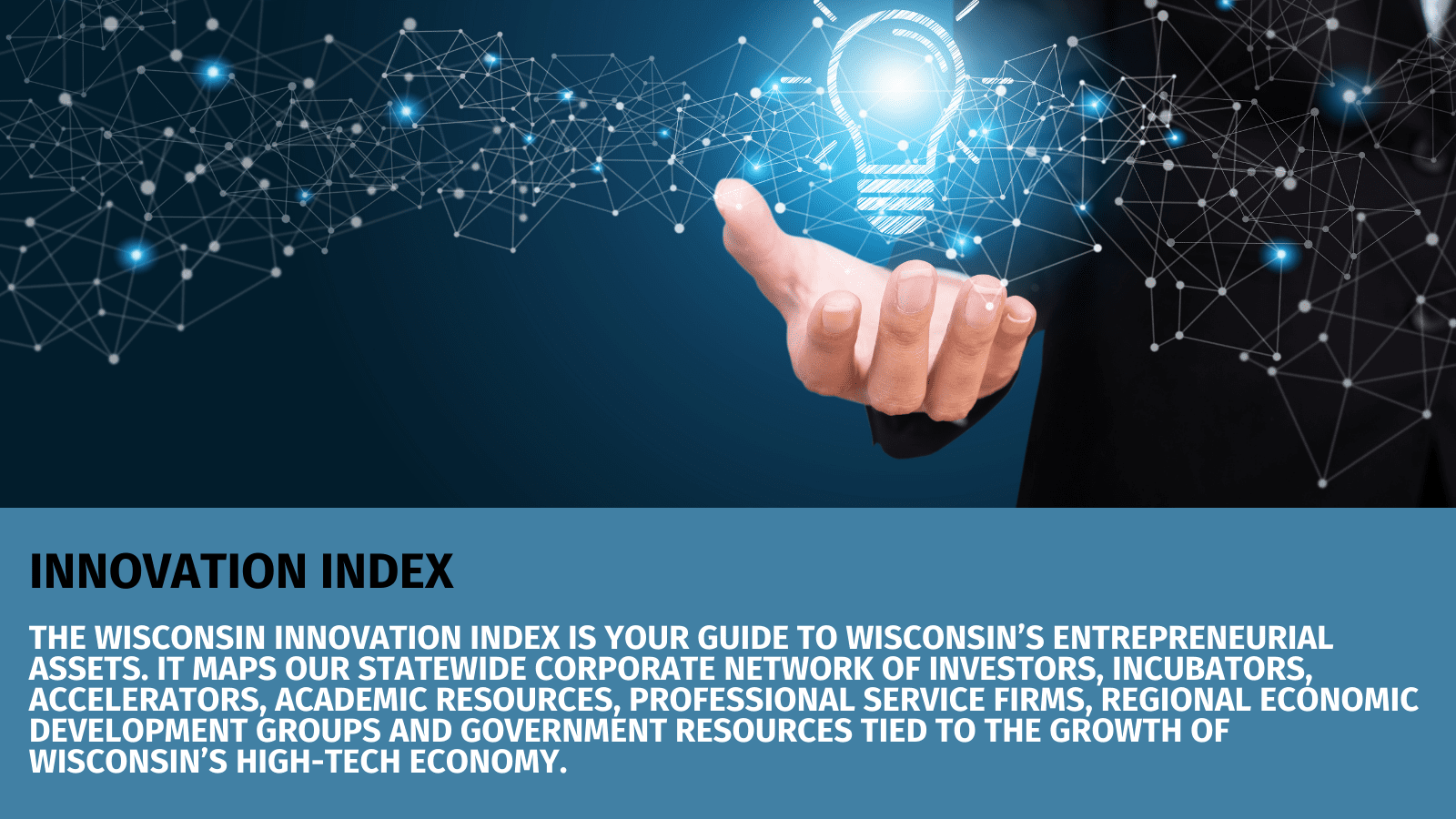 The founding team evaluated other cities’ entrepreneurial hubs, including 1871 in Chicago, MassChallenge in Boston, 1776 in D.C., The Water Council in Milwaukee and CoCo in Minneapolis. Committed to building an entrepreneurial ecosystem organically from the ground up, the team also employed and continues to use an open and inclusive model in developing the project, welcoming input and involvement from a wide variety of individuals and entities throughout the community. Although these collaborations and partnerships play a critical role in shaping the project, StartingBlock remains committed to its “By Entrepreneurs, For Entrepreneurs” mentality.

In June 2013, the group retained George Austin to guide the development process. Mr. Austin is an experienced project manager for community-based projects, including the Monona Terrace, the Overture Center and the Wisconsin Institutes for Discovery. In late 2013, the group officially formed StartingBlock Madison, Inc. as a Wisconsin non-stock corporation. In May 2014, StartingBlock received federal nonprofit status.

After successfully completing our $10 M capital campaign for the StartingBlock hub and partnering with American Family Insurance and the City of Madison, American Family Insurance broke ground on the “Spark Building” in January 2017.  StartingBlock’s 50,000 square foot entrepreneurial hub occupies the second, third and fourth floor on the Spark providing a collaborative community for Madison area startup and entrepreneurs.  Our mission is to put Madison on the national map for entrepreneurship and innovation by creating the intersections that cultivate entrepreneurs, accelerate growth and drive innovation.

State of Wisconsin Investment Board

The State of Wisconsin Investment Board (SWIB), created in 1951, is responsible for managing the assets of the Wisconsin Retirement System (WRS), the State Investment Fund (SIF) and other state trust funds.

One of 12 in Wisconsin, the Small Business Development Center (SBDC) at UW-Stevens Point offers no cost, confidential advising and resources as well as fee based workshops/conferences to both startup and existing businesses throughout nine counties – Adams, Langlade, Lincoln, Marathon, Oneida, Portage, Vilas, Waupaca and Wood.

At the SBDC at UW-Stevens Point, we treat all businesses, no matter how large or small, as though they are our own. Through our passion, experience, and dedication, we hope to assist all business owners in the areas they need it most. The center provides educational opportunities through individual counselling sessions, as well as conferences and presentations, and builds strong relationships with community leaders so all businesses can achieve their version of success!

Kegonsa Capital Partners was founded in 2004 to manage Wisconsin-based venture capital funds. KCP focuses on being the first $500K investor in entrepreneurial startups. The product is new, market size zero and the entrepreneur is passionate.

KCP, and partner Sun Mountain Capital, formed Sun Mountain Kegonsa in 2011. SMK is the manager of the Badger Fund of Funds.The Badger Fund is the lead investor in five Wisconsin based VC funds managed by first time fund managers.

The Superior Business Center, Inc. (SBC) is a business incubator facility serving Superior and Douglas County. The SBC encourages the creation of new, viable businesses, as well as the generation and retention of long-term, self-sustaining enterprises.

SymphonyAlpha is a venture capital firm with a primary focus on early-stage healthcare IT companies. The fund targets promising healthcare technology start-ups with a strong entrepreneurial team, a compelling value proposition, and potential for recurring SaaS revenues. The fund is led by seasoned entrepreneurs including Ravi Kalla, an entrepreneur with significant success in building healthcare IT companies. The team takes a hands-on approach with each portfolio company by helping facilitate connections to prospective clients, access to industry subject matter experts, accelerated solution development, business model development, and strategic vision.

We are proud to provide administrative services that are second to none. Comprehensive, competitive, and dependable, our nationally known products have grown to dominate the industry over the past 40 years.

With more than 21 innovative service offerings, we confidently serve businesses of all sizes in all 50 states. Last year our annual revenue exceeded a robust $100 million. All this is possible thanks to TASC’s team of dedicated professionals, made up of 7,600 field representatives and more than 900 associates at our Madison, Wisconsin, campus and remote locations.

The Technology Innovation Center (TIC) is MCRPC’s award winning, self-supporting 137,000-sq. ft. high-technology business incubator – one of the largest in the United States.

Since the launch of Model S in 2012, we have engineered every Tesla around the same advanced architecture that maximizes occupant safety. Today, Model Y, Tesla’s mid-size Sport Utility Vehicle (SUV), is the latest Tesla vehicle to earn a 5-star safety rating in every category from the National Highway Traffic Safety Administration (NHTSA).

We are publishing our first ever U.S. Diversity, Equity and Inclusion Report which outlines the current state of our DEI position and actions we are taking to engage with employees, candidates and community members, as we encourage talented people from all backgrounds to join us on our mission to accelerate the world’s transition to sustainable energy. We look forward to sharing further progress in future reports as we continue to innovate and enhance our diversity, equity and inclusion practices.

The Wisconsin Fund Coalition is a group of people, companies and organizations formed to advance legislative discussion of a state budget bill proposal to invest $100 million in a privately matched, venture capital fund of funds.

The Wisconsin Fund would be along the lines of what nearby states – Indiana, Ohio, Michigan and Illinois – have done to attract outside dollars and to grow young companies.

Please let us know if we can add your company or organization name to the list of supporters. Expectations are:

Contact us through SJL Government Affairs and Communication: James Fenley at jfenley@sjlgroup.com.

TherVoyant is a scientific software application development company based in Madison, Wisconsin. ¬† Our expert team consists of business leaders, neurosurgeons, scientists and developers with a strong expertise in MRI imaging and neurosurgery.

TherVoyant is one of the first companies to develop manufacturer agnostic, real-time imaging software with scanning capabilities that can be customized for each interventional application.

Formed out of a partnership between The Green Bay Packers and Microsoft, TitletownTech seeks to build, enable, and invest in early-stage and existing businesses through our Innovation Lab, Venture Studio, and Venture Fund. Located in Titletown, west of Lambeau Field, we’re uniquely situated at the heart of a transformative project that is receiving national attention.

Since the Lincoln administration signed our national bank charter No. 24 in 1863, we’ve drawn on our financial strength to serve customers. This has been especially evident in times of need, such as during the COVID-19 pandemic. Our response by the end of 2020 included a $20 million premium pay program for our employees, relief assistance and 108,000 Small Business Administration Paycheck Protection Program (PPP) loans for our customers, and $30 million in expedited charitable contributions for our communities. As a result, we’re proud to have been named the most essential bank amid the pandemic in a ranking by The Harris Poll.

We also recognize that this past year has fundamentally changed banking by accelerating the shift to digital products and services. We’re positioned well for this future, having launched new tools – like the U.S. Bank Smart Assistant™ – to complement our 26-state branch footprint.

Uber is the smartest way to get around. One tap and a car comes directly to you. Your driver knows exactly where to go. And payment is completely cashless. A city with Uber has more economic opportunities for residents, fewer drunk drivers on the streets, and better access to transportation for those without it.

The University of Wisconsin-Green Bay provides an interdisciplinary, problem-focused educational experience that prepares students to think critically and address complex issues in a multicultural and evolving world. The University enriches the quality of life for students and the community by embracing the educational value of diversity, promoting environmental sustainability, encouraging engaged citizenship, and serving as an intellectual, cultural and economic resource.

The University offers undergraduate and graduate programs in the liberal arts and sciences and in professional studies that cultivate knowledge and encourage investigations into disciplinary and interdisciplinary fields, promote civic engagement and lifelong learning, and serve the needs of a diverse student body. Programs in the arts and humanities; business, management, and communication; science and technology; education; environment; health science; social and behavioral sciences; and social justice lead to a range of degrees, including AAS, BA, BAS, BM, BS, BSN, BSW, BBA, MS, MSW, and MSN degrees.

Our leadership, collaboration, passion and vision will propel you toward greater heights in research, student achievement and community engagement. We offer a uniquely relevant learning experience, educating more Wisconsin residents than any university in the world and recruiting a growing population of international students and faculty.

As the most diverse institution in the University of Wisconsin System, we‚Äôre a learning destination for more than 25,000 students.

First-generation college students arrive here straight from high school, or years later ‚Äì after starting families, changing careers or serving in the military. We make learning accessible at every age, stage of life and location. At UWM, we all share the motivation to learn and to excel. We value unique perspectives and possess the talent and desire to nurture ideas that make global impact. The comforts and connections of a major metropolitan city meet the resources and expertise of a world-class research institution ‚Äì we are UW-Milwaukee.

UWM and Milwaukee have it all. Join the UWM family and the Milwaukee community and grow academically and personally ‚Äì accessing unique, only-at-UWM opportunities to forge lifelong friendships and chart a career path long before crossing the commencement stage.

Established in 1984, University Research Park, a University of Wisconsin-Madison affiliate, is an internationally recognized research and technology park that supports early-stage, and growth-oriented businesses in a range of sectors, including engineering, computational and life sciences.