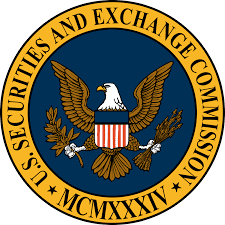 The U.S. Securities and Exchange Commission (SEC) on Wednesday announced proposals making it easier for firms to raise capital via online platforms before they meet a requirement to register with the agency – a lengthy and costly process.

The SEC hopes the changes to so-called crowdfunding rules would allow smaller companies to access more capital before deciding to go public. However, they may raise worries among some investor advocates who say the current, stricter rules are not enough to encourage robust disclosure.

Under the measures, which are subject to public consultation, the SEC will allow firms to raise $5 million online, rather than the current $1 million, before they have to register.

In a statement, SEC Chairman Jay Clayton said the measures aimed “to address the gaps and complexities in the offering framework that may impede access to capital for issuers.”

The 2012 Jumpstart Our Business Startups (JOBS) Act empowered the SEC to create a regulatory regime for crowdfunding. It also relaxed securities regulations to help encourage small companies to go public with the idea of boosting the economy following the 2007-2009 global financial crisis.