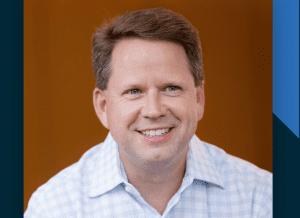 Michael Brown, a longtime general partner with Battery Ventures, was just elected to the role of chairman of the National Venture Capital Association three years after joining its board of directors. Earlier this week, we caught up with Brown to ask about his new, year-long role with the 48-year-old trade group — and what issues he sees as top of mind right now for the many American VCs he is now representing.

TC: VCs are always concerned about tax treatments, but these are obviously even more top of mind, given Joe Biden’s proposal last month to raise the top rate on long-term capital gains to 39.6% from 20%. What do you think of that proposal?

MB: So you’re gonna hit me right in the face with a two-by-four on taxes in the first question, I love it.

This is the NVCA’s position, this is my personal position and if you ask most venture capitalists, this position is pretty widely held: what Biden is trying to do with the Build Back Better Plan . . . we are fully supportive of that and we are actively working with both the administration and policymakers in Congress to get done a lot of what he wants to get done. A lot of what he’s talking about — whether it’s the physical infrastructure, like bridges, roads, planes; or the digital infrastructure, meaning internet broadband access more broadly and cybersecurity; or climate infrastructure, [around] how we transition the economy and the country to a greener carbon-neutral or even carbon-negative world — venture capital is required to fund the entrepreneurs to do all of those things . . . It’s really almost hand in glove. He wants this to happen, we want it to happen, and we can help facilitate that [because] it’s not going to come from corporate America, we know that.

TC: To your point, the money does have to come from somewhere. Is there a number at which you would feel more comfortable?

MB: I don’t want to speak on behalf of the NVCA around what is our target rate. I will say that people in Congress and other talking heads talk about the revenue-maximizing rate in and around 25% to 28% . . . and I think that’s kind of where people feel it is reasonable to go to. What we do believe is that long-term investment should be rewarded and not disincentivized through tax structure.

What happened under the Trump administration, where they extended the time frame to three years [from one year] before you could receive long-term capital gains treatment, we were fine with that because we’re investing for longer than three years and I think having some time component to decide what is long term and what is not worked very well.