TechCrunch: ‘The bet we’re making now is on founder skills’ instead of products 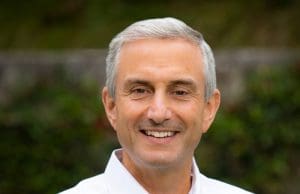 We recently caught up with longtime VC Mark Suster of L.A.-based Upfront Ventures, which last raised both an early-stage fund and a growth stage fund several years ago and, according to regulatory filings, is in the market right now, though Suster couldn’t discuss either owing to SEC regulations.

We did talk about a wide range of things, from his firm’s big bet on the micromobility business Bird (which could be publicly traded soon), to his views on decentralized finance, to his fitness regime (we had to ask, as Suster has shed 60 pounds since early last year). If you’re curious to hear that conversation, you can listen here. In the meantime, what follows are outtakes of his reflections on broader industry trends, including the feverish pace of deal-making.

On changing seed-stage check sizes, and how much time VCs have to write them right now:

It used to be 10 years ago that I could write a $3 million or $4 million or $5 million [check] and that was called an A round, and that company probably had raised a few hundred thousand dollars from angels and maybe some seed funds, and I could get a lot of data on how companies were doing. I could talk to customers. I could look at customer retention. I could look at a startup’s marginal cost structure. I could talk to references of the founders. I could take my time and be thoughtful.

Fast-forward a decade, and $5 million is a seed round, and now there are pre seed rounds and “day zero” companies and seed extensions and A rounds and “A prime,” there’s B … I’m not actually doing anything differently than I did 10 years ago, in terms of deploying capital, getting involved with founders very early, helping you build your executive team . . . But the pressure on me is, I now need to make faster decisions. I need to be involved with your company earlier. So I’m taking a little more risk in terms of not being able to look at customers. You may not even have customers.

On why his firm is averse to today’s A and B rounds and leaning more heavily into growth rounds. (It just brought aboard a former Twitter exec to lead the charge here and has meanwhile plugged more than $50 million into several of its portfolio companies, including Bird; Rally, an investing platform for buying shares in collectibles; and Apeel Sciences, which makes edible coatings for fruit.)

I would never rule out any round. But what I will tell you is that the new A round that I maybe have an aversion to is, call it, $20 million to $30 million. What does that imply? It implies that you’re paying a $50 million, $60 million, $70 million valuation. It implies that to really drive fund-level returns, you have to have $5 billion, $10 billion, or $15 billion outcomes or greater.

The world is producing more of those. There are maybe 11 companies in the United States that are pure startups that are worth more than $10 billion. I get it. But if you want to be writing $20 million A rounds where you’re taking that level of risk, you have to have a $700 million to an $800 million to a $1 billion fund. And I don’t want to be in that business, not because I think it’s bad, but it’s a different business that implies different skills.

We want to be super early, like the earliest capital; we’ll even take a risk on you want to leave your company and we’ve known you. Let’s say we knew you at Riot Games, we knew you at Snapchat, we knew you at Facebook, we knew you when you were working at Stripe or PayPal. We will back you at formation — at day zero. We want to [then] skip the expensive rounds and come in later.