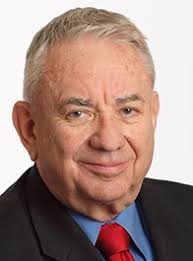 MADISON, Wis. – The appointment of former governor and federal health secretary Tommy G. Thompson as interim president of the University of Wisconsin System will put a strong advocate for research and higher education at the helm of the system, leaders of the Wisconsin Technology Council said Friday.

Thompson, who served as governor of Wisconsin from 1987 until 2001, was known for his support of higher education during his tenure, including a public-private capital program – called “BioStar” – that was the foundation for vital research facilities on the UW-Madison campus.

Thompson, a lawyer and former legislator who later served as secretary of the U.S. Department of Health and Social Services, was also an early advocate for stem-cell research in Wisconsin and beyond. As federal health secretary during the early 2000s, Thompson oversaw an increase in funding for the National Institutes of Health and enhanced local public health preparedness.

His tenure as governor was also marked by his invigoration of “the Wisconsin Idea,” the long-standing principle that the UW System serves all parts of the state and beyond. Thompson currently chairs the UW System Business Council.

The UW System serves about 170,000 students through a network of four- and two-year campuses, as well as extension programs. A search for a permanent replacement for retiring UW System President Ray Cross fell short recently, and the UW Board of Regents agreed unanimously to appoint Thompson as interim.

“This will provide important stability for the UW System, its students, faculty and staff during a fragile time in which all college campuses are navigating the health and economic effects of COVID-19,” Tech Council President Tom Still said. “Thompson will be what he has always been – a tireless and steady advocate for higher education, first-rate research and the people of Wisconsin.”

Tech Council chairman Greg Lynch called Thompson’s appointment as interim president “a great choice at the right time in the history of the UW System.”

The Tech Council is an independent, non-partisan board that serves as a policy advisory group to the governor, the Legislature and other arms of state government. It has programs that connect investors, entrepreneurs, researchers and others in Wisconsin’s tech-based economy.