The enemy was invisible, quietly creeping into homes, schools and battlefields.

Troops had trained for war but no one knew the danger following their every move, threatening not only their own lives but those around them.

The 1918 influenza epidemic during World War I killed an estimated 50 million worldwide, including more than 675,000 Americans. 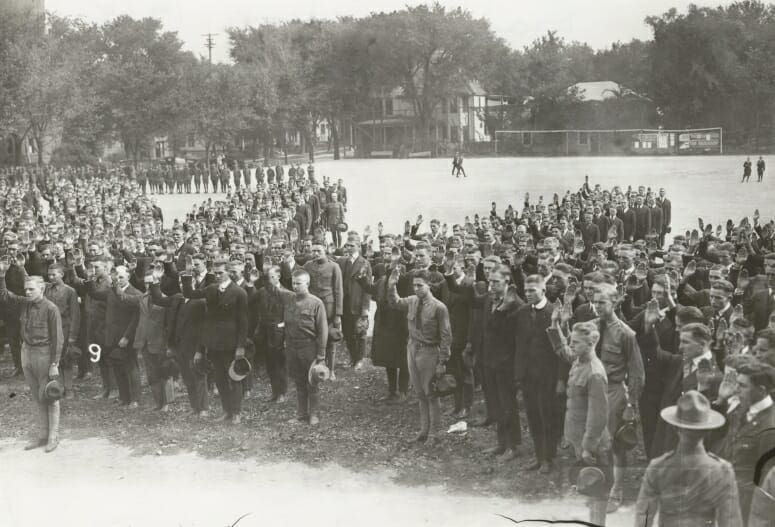 One-third of the planet was infected, an estimated 500 million people. The life expectancy in the United States dropped from 51 years to 39 — what it had been in 1868.

The enormity of loss is hard to comprehend. The numbers are too big, the tragedy too immense.

“The University went through two severe epidemics of influenza; the first in 1918, involving nearly 1,600 cases (besides those in Section B of the Student Army Training Corps) and 48 deaths; the second in 1920 with over 1,600 cases but only 11 deaths,” UW President Edward A. Birge told the Board of Regents. “No similar epidemics either in their extent or in the number of fatal cases, have ever been recorded in the history of the university and it may be hoped that there will be no recurrence of such calamities.”

Now comes COVID-19. While there are some similarities to 1918, there’s one big difference. In 2020, we can look back and see what people are collectively capable of surviving despite loss all around them.

“The impact on our community was unprecedented in 1918,” says Micaela Sullivan-Fowler, curator and history of the health sciences librarian for UW’s Ebling Library for the Health Sciences. “No matter what goes on, UW rallies. We did it then and we’ll do it this time.”