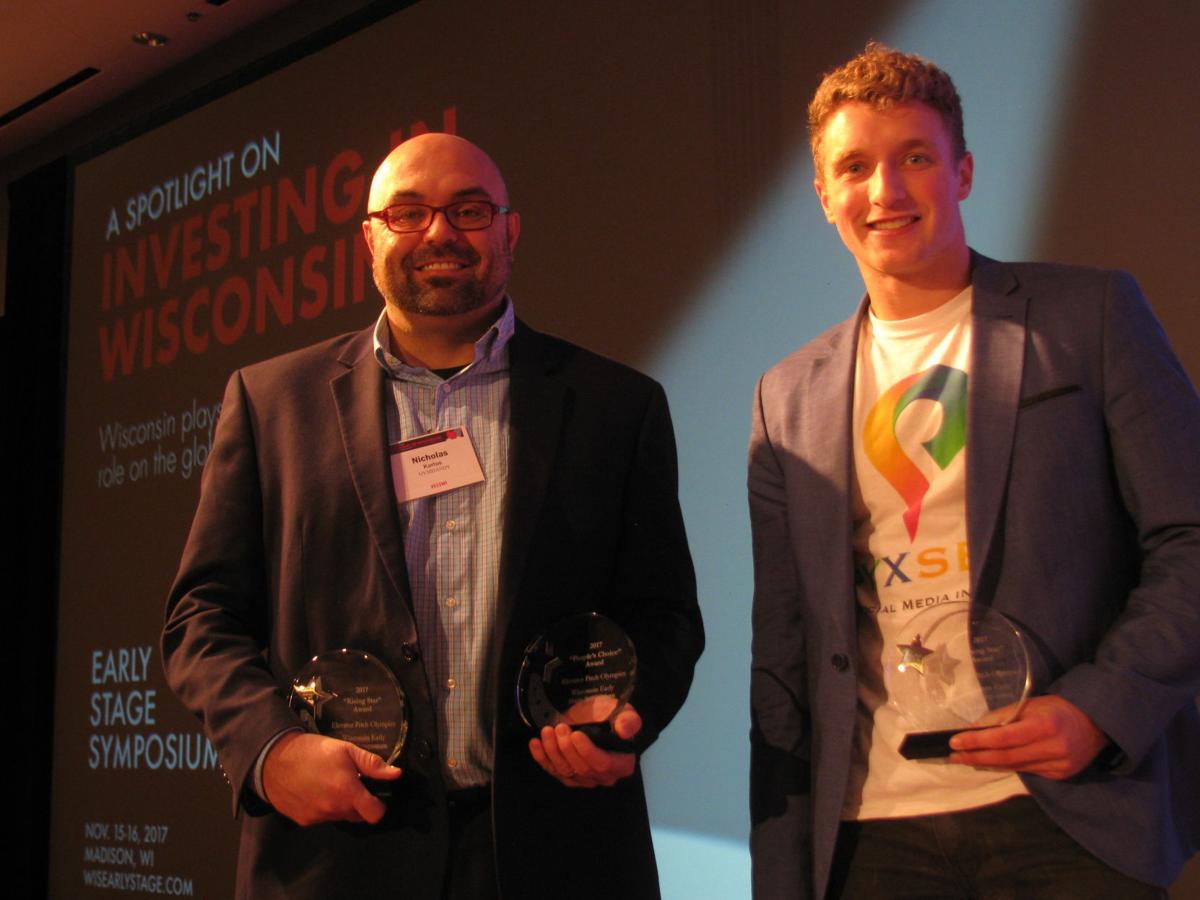 Initiatives to get kids playing, and off devices

A Madison company that helps sports teams reserve time at playing fields and an Oshkosh startup that gives parents the power to limit their children’s social media access won the judges’ favor at the Elevator Pitch Olympics in Madison on Thursday.

GymDandy and Pyxsee tied for top honors from the judges, and GymDandy also won the People’s Choice award from the audience.

The Elevator Pitch Olympics is traditionally one of the highlights of the Wisconsin Early Stage Symposium. Leaders of young companies each have 90 seconds — or about as long as an elevator ride — to explain what their companies do and then get feedback and numeric scores from a panel of judges, who are usually investors and mentors.

This year, 17 startups made their pitches. They ranged from Lifebook Builder, a digital record of a child’s growth and development, to NovoMoto, a company bringing solar energy to homes in the Democratic Republic of Congo, to StakeHaul, an online social wagering platform.

GymDandy co-founder and CEO Nicholas Kartos told the judges there are more than 75 million team sport athletes in the U.S., from 4-year-old soccer players like his son to “old guys like me trying to play pickup basketball games.” He said they spend more than $10 billion a year to rent spaces such as skating rinks, soccer fields and volleyball courts.

Kartos said youth and adult teams can save time trying to find available space to book a practice or a game while venues like parks, churches and schools can bring in more revenue using GymDandy’s online reservation tools.