— The venture capital arm of CUNA Mutual Group is putting $15 million into the newly launched CMFG Ventures Discovery Fund, which will invest in early-stage businesses with diverse founders. 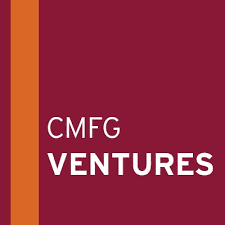 CMFG Ventures has invested more than $200 million into 28 companies, according to a release. It was created about five years ago by the Madison-based financial services company, and typically commits between $1 million and $5 million for initial investments.

“At CMFG Ventures, we’re well aware of the barriers to entry that exist for people of color and women entrepreneurs in gaining access to venture capital,” said Brian Kaas, president and managing director of CMFG Ventures. “Through the launch of our Discovery Fund, we believe we can build a more diverse portfolio of companies to support now and invest in further as they grow.”

In a statement, Kaas said the fund aims to help these companies grow by connecting them to credit unions and their customers, which he says are “too often overlooked by other financial services providers.”

The fund will be managed by Elizabeth McCluskey, who previously worked for a Chicago-based private equity firm owned and led by women called Impact Engine. The fund has already closed three investments in startups providing financial services.

These include: Home Lending Pal, which provides mortgage advising supported by artificial intelligence; a platform called Line that provides up to $1,000 loans to customers with no interest; and Pulsate, a communications service for financial institutions.