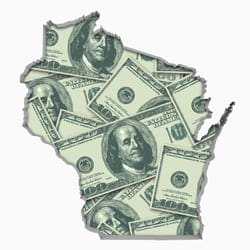 Gov. Tony Evers’ state budget is strewn with wish-list policy items that fellow Democrats will love, such as repealing his predecessor’s union restrictions. Most have little chance of clearing the Republican-run Legislature.

The Brookings Institute just cited a handful of cities with major research universities — Boulder, Colorado; Iowa City, Iowa; Nashville, Tennessee; Pittsburgh and, significantly, Madison — that are well positioned to attract innovative companies and workers fleeing the East and West coasts because of congestion, pollution and soaring housing costs. The pandemic has taught high-flying techies they can work from just about anywhere if the Wi-Fi signal is strong and fast.

But investing in young talent and higher education is necessary to make that happen in Wisconsin.

“As coastal entrepreneurs and tech companies consider taking up residence in America’s heartland,” John C. Austin writes for Brookings this month, “there is a real opportunity to reshape the nation’s lopsided employment picture — let’s not waste it by neglecting our public universities.”

To his credit, Gov. Evers wants to seize this opportunity. His $91 billion, two-year state budget request, unveiled Tuesday, includes a $190 million increase for the University of Wisconsin System. Some of that money would allow UW System to avoid tuition hikes and expand scholarships. That would help students and their families while addressing sagging enrollment. Some of the increase in state funds would keep students and staff safe from COVID-19 while filling a shortage in nursing educators.

Just as promising is the governor’s request for a $100 million investment in a venture capital fund to expand startup businesses with creative ideas developed across Wisconsin. The fund would leverage at least twice as much in private dollars, and the state could earn income from the fund over time. In Ohio, for example, a similar commitment of $130 million in state money helped to attract more than $1.3 billion from private investors for 107 companies, according to the nonprofit Wisconsin Technology Council.