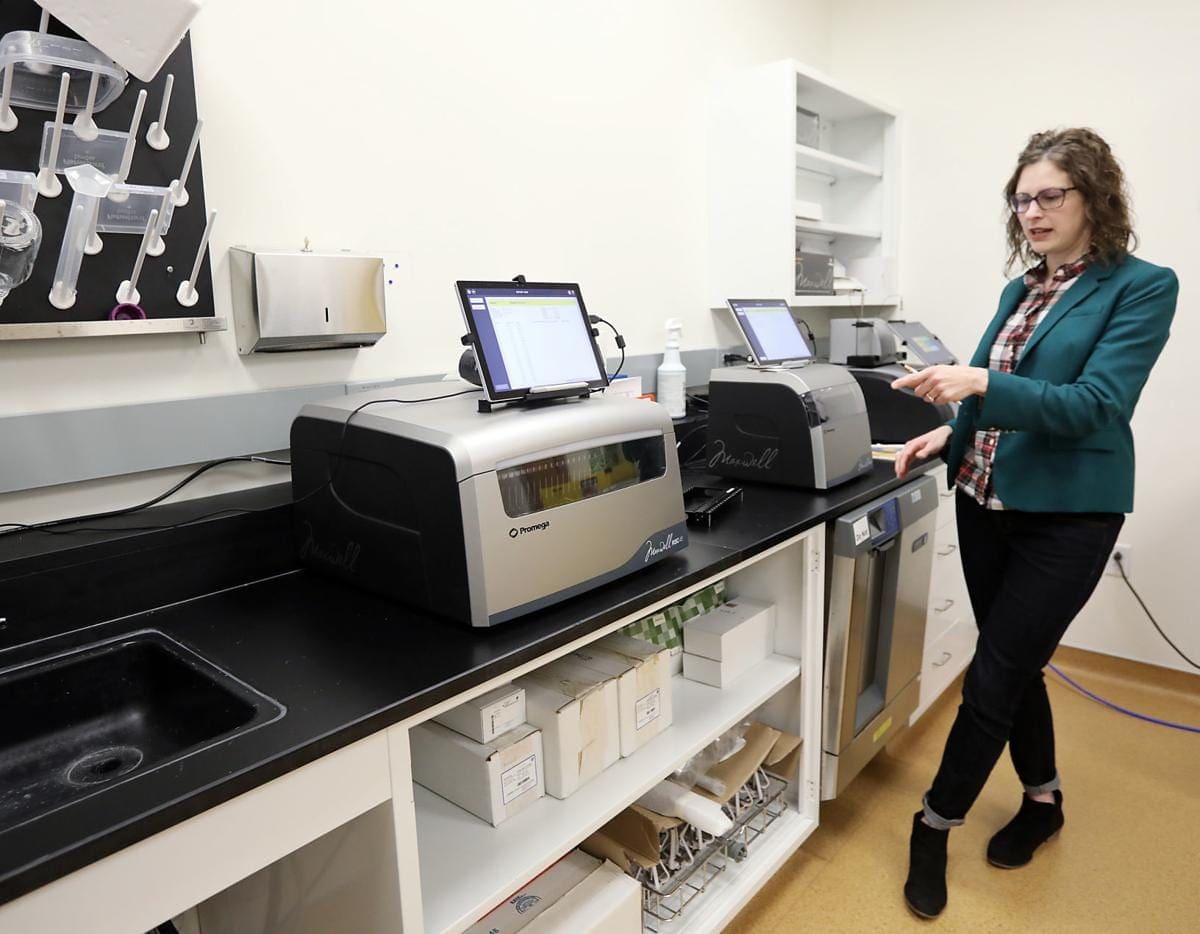 Jessica Martin Eckerly, CEO of Forward Biolabs, said the facility’s shared equipment can save biotech companies a lot of money while they’re getting started.

After Tobias Zutz raised $900,000 for Gregor Diagnostics, his Madison startup developing a new test for prostate cancer, he didn’t want to spend a big chunk of the money on lab equipment right away.

He moved into Forward Biolabs, a biotech incubator at University Research Park on Madison’s West Side. At the nearly 10,000-square-foot facility, where users pay rent month to month, Zutz and his four employees share microscopes, biosafety hoods, plate readers, pipettes and office space with 10 other small companies.

Another advantage of the incubator is a lack of isolation: “We’re not on this small island with just the five of us,” he said. “We get to interact with other people. It feels more like a community.”

“The whole purpose is to minimize the hurdles to starting a biotech company in Wisconsin,” Eckerly said.

The state’s biohealth industry includes about 1,900 companies and more than 100,000 jobs, according to BioForward, a statewide group that promotes the sector. But startup costs are often greater for biotech companies than for other types of ventures, making it harder to translate ideas into enterprises, Eckerly said.