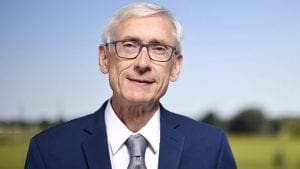 Wisconsin ended the most recent fiscal year with a positive balance in the general fund — even when accounting for all outstanding spending obligations — for the first time in at least three decades, Gov. Tony Evers announced Tuesday.

Evers also said Tuesday the state deposited $105.8 million into the state’s rainy day fund, which is to be tapped in times of recession or fiscal emergency, bringing the total to $761.8 million — the fund’s largest balance in state history.

“Our diligence of investing in the issues Wisconsinites care about without running up the state’s credit card has paid off and helps us ensure Wisconsin’s future economic stability, which is as important as ever,” Evers said in a statement. “This is great news for our state and will put us in a stronger position to move our state forward and focus on the priorities of the people.”

According to Wisconsin’s Comprehensive Annual Financial Report, which has been published annually since 1990, the state’s general fund balance reached $1.5 million as of June 30 under what is known as Generally Accepted Accounting Principles or GAAP accounting.
That’s an increase from a roughly $763 million deficit the previous year, and the first time Wisconsin has ended a fiscal year with a positive GAAP fund balance since the state began issuing a comprehensive annual financial report, Evers said.
In 2010 at the height of the Great Recession the GAAP deficit had grown to nearly $3 billion, but has declined since largely due to austerity measures in 2011 that increased public employee contributions to pension and health insurance premiums.
Click here to read the full article.