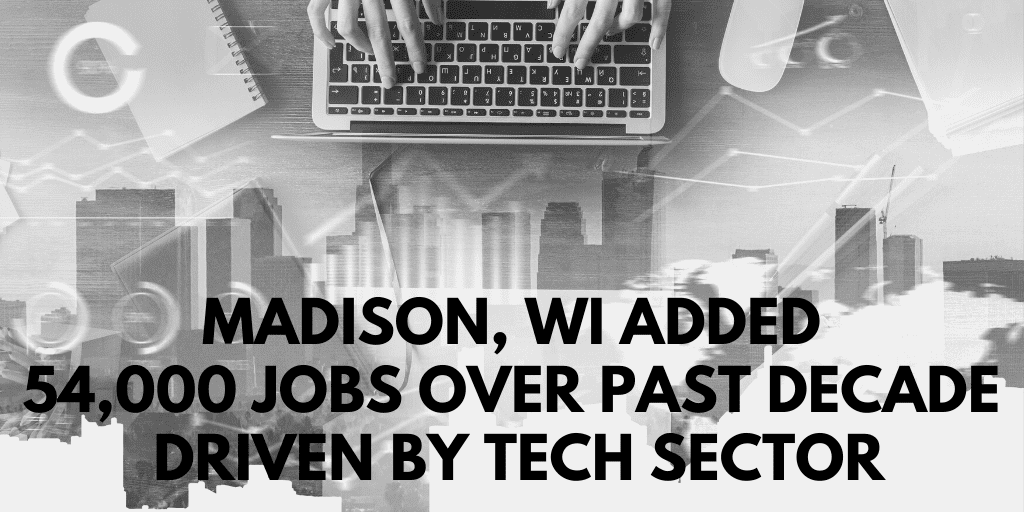 The Madison area has experienced strong job growth during the past decade, driven by gains in the technology sector, according to a new report.

The report reflects a shift in Madison and across the state toward jobs with higher wages and underscores the effect Madison’s highly educated workforce has on attracting job growth.

About 45% of Madison residents 25 and older have a bachelor’s degree or higher, compared with 35% in the Milwaukee area and 27% in the Green Bay area.

Madison’s job growth in the wake of the Great Recession was fueled particularly by the high-paying technology sector. In computer and mathematical occupations, for example, jobs more than doubled in the past 10 years, outpacing the growth in the technology sector in other Wisconsin metropolitan areas and in the state as a whole.

Overall, the number of computer and mathematical jobs during the past decade in Wisconsin grew nearly 50%. The number in Milwaukee increased 26%, and the number in Green Bay grew 56%.