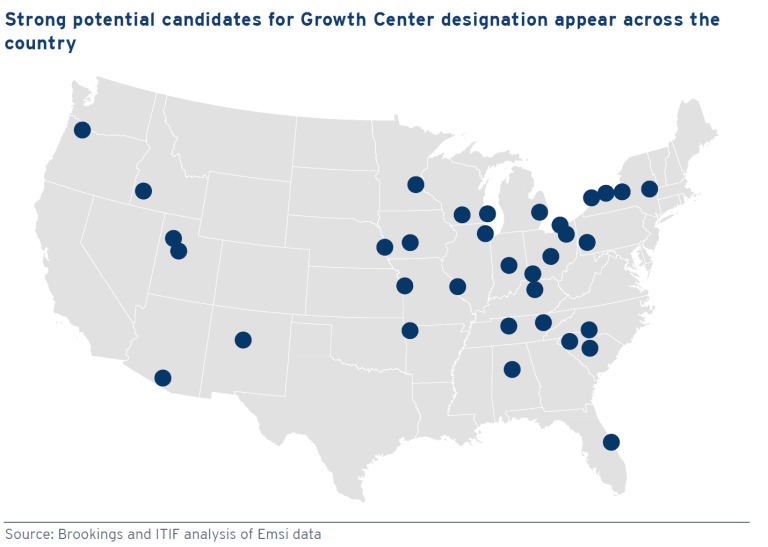 Madison is primed to become the next great technology hub in the country if it receives federal financial help to drive such economic growth, according to a new report.

Most technology and innovation jobs and job growth are based on the coasts in areas such as Silicon Valley, New York City and Boston, while smaller metro areas in the Midwest, Mountain West and South either remain stagnant or lose those jobs.

The report from the Washington, D.C.-based Brookings Institution and Information Technology and Innovation Foundation, or ITIF, released Monday, outlines a method to bring a share of high-paying technical and advanced jobs to more cities around the country to elevate regional economies and advance the country’s economy as a whole.

“The Case for Growth Centers in the Heartland: A New Way to Counter Regional Divergence and Drive U.S. Competitiveness” proposes new federal spending on targeted cities that have the most potential to become innovation hotspots based on the amount of money spent on research and development in STEM fields at their universities, the education level of their populations, and the existing number of jobs in innovation industries, such as computer and communications equipment manufacturing, software publishing, data-processing services and biotechnology.