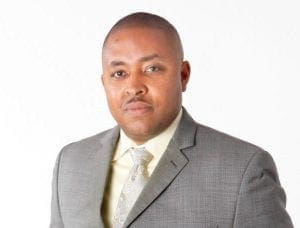 Traditional education works for a lot of young people in Madison.

It hasn’t worked for a lot of the city’s Black children.

That’s why Kaleem Caire — who struggled and felt invisible at West High School, only to succeed at UW-Madison and Harvard Business School — wanted to start a new kind of school in his hometown a decade ago.

His Madison Preparatory Academy would have catered to teenagers of color, offering a diverse teaching staff, high expectations, longer school days, a year-round schedule, same-sex classes, uniforms and required extracurricular activities. He even wanted to grade parents on their involvement at the school.

The Wisconsin State Journal editorial board strongly and repeatedly endorsed the idea, recognizing something big needed to happen for disadvantaged students who weren’t graduating and succeeding in life.

But the Madison School Board, long suspicious of public charter schools, rejected Madison Prep on a 5-2 vote in late 2011. It was a disappointing setback.

Caire didn’t give up. Instead of the middle and high school he had envisioned, Caire launched a preschool on Madison’s South Side, an area that badly needed more child care options, especially for young single mothers earning lower wages. One City Early Learning Center gradually expanded into a public elementary charter school called One City Schools. Republican state leaders allowed the University of Wisconsin System to authorize One City, independent of the local school district. Tony Evers (then the state superintendent of public instruction, now the Democratic governor) steered grant money to the effort.