Wisconsin State Journal: Wisconsin should invest in its innovators 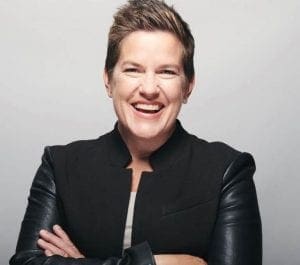 From the electric guitar to stem cell therapies, entrepreneurs have demonstrated incredible ingenuity throughout Wisconsin’s history. Yet in recent years we have lagged in attracting investment to provide lifeblood to our startup companies — stifling their growth or forcing them to leave the state.

As part of the 2021-23 state budget, Gov. Tony Evers proposed a $100 million investment fund under the direction of the Wisconsin Economic Development Corporation (WEDC) to promote innovation and startup growth. With the economy poised to recover from the COVID-19 pandemic, it’s time to lay the groundwork for our state’s economic prosperity — and innovative, adaptive companies are sure to play a vital role.

The Legislature’s Joint Finance Committee is working through the details of the state budget. If Wisconsin is going to make this bold vision a reality and claim its rightful place on the entrepreneurial landscape, this program must be included in the next budget. It already has bipartisan support from the last seven commerce and WEDC secretaries.

The Wisconsin Fund will support local entrepreneurs by serving as a pool of money available to venture capitalists investing in our state. For every two dollars invested in Wisconsin, we would match with one dollar — leveraging our investments against theirs and keeping those startups here. We won’t be in the business of managing the companies, and we could earn returns on our investment, which will be reinvested into future projects to help Wisconsin’s startups. Essentially, we would create a giant magnet for investment, pulling in dollars from the rest of the country for our home-grown innovators.

The effects of successful startups would be felt statewide and promote growth in cities such as Green Bay, Appleton, Eau Claire, Kenosha, Janesville, Beloit and more. Startups often buy supplies throughout the region and create jobs. High-growth companies also pay salaries that are well above the statewide average, which means more growth at the state and local level. Everyone wins when the economy innovates.

This “fund of funds” strategy is not new and has been implemented in various forms in many states including Michigan, Ohio, Illinois and Indiana. They all have attracted significant investment into their states, putting Wisconsin at a disadvantage we must overcome. And we have already learned a lot from the 2013 creation of the Badger Fund of Funds, which leveraged the state’s investment of $25 million with private investment dollars. Every state dollar invested through Dec. 31 of last year has been matched 3.3 times by private dollars. The Wisconsin Fund would take our commitment to our entrepreneurs to the national stage.

It’s also critical that the fund remain at the $100 million originally proposed so that it’s large enough to meet the demand to invest in our state. An informal survey of just eight early-stage investors in Wisconsin revealed they could collectively invest between $92 million and $116 million per year in their existing Wisconsin-only portfolios — not counting new companies they have yet to see or consider as investment targets.

Given this important time in our state’s history, we must build a more resilient and forward-looking economy. Our pump-priming funds will immediately encourage an expanded network of investors who would otherwise not be seeing Wisconsin-based deals. As we move past the COVID-19 pandemic, our state’s potential is limitless, and the time to act is now.