A year after the killing of George Floyd reinvigorated widespread commitments to improve equity and inclusion, where does Milwaukee’s technology industry stand? 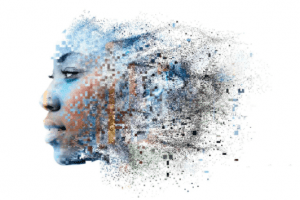 The George Floyd murder by Minneapolis police last May not only sparked nationwide protests, it also resulted in institutional pledges to ramp up diversity and inclusion efforts across many spectrums of society. In Milwaukee, companies and business leaders in various industries followed suit with statements recognizing that — of the many race-related problems facing the city — increasing workforce representation and access to professional resources and opportunities was needed.

But in the technology industry — a sector that lags behind the overall workforce in terms of racial, ethnic and gender diversity — the situation was, and still is, particularly acute.

As a whole, Wisconsin lags behind neighboring states in terms of the number of annual venture deals and the amount of venture capital invested in the state. Wisconsin companies raised $273.1 million across 77 deals in 2020, according to PitchBook data. Black entrepreneurs receive a fraction of that — in 2020, Black founders received less than 1% of the total venture capital dollars invested in the U.S., according to Crunchbase data.

Given this backdrop and the past year’s attention on diversity and inclusion, we asked members of Milwaukee’s technology community what has changed and what still needs to be done to foster equity in the local tech and startup ecosystem.

Click here to read the full article with personal stories and data.