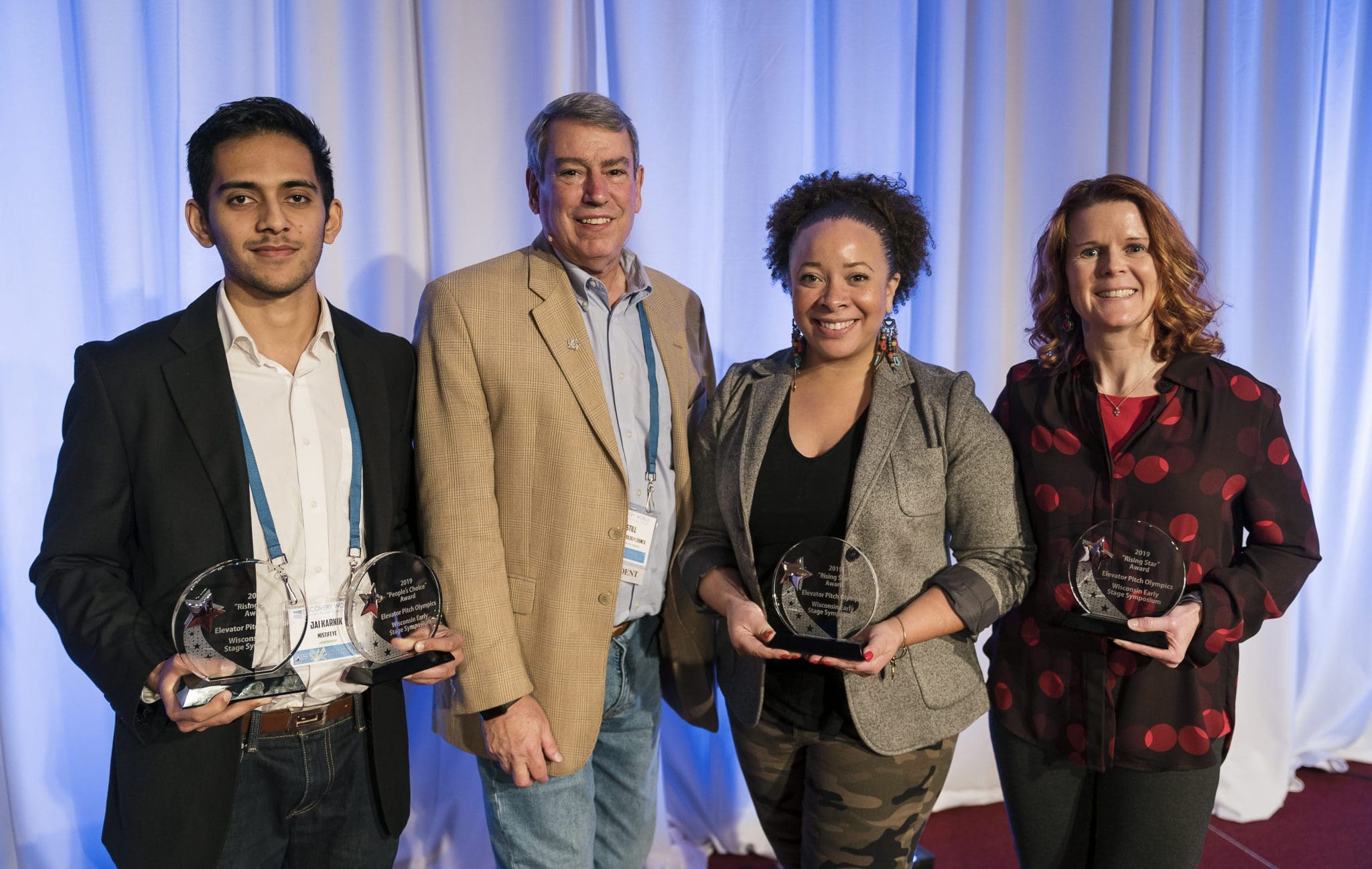 Eighteen state startups took to the stage to pitch their companies during lightning rounds at the Elevator Pitch Olympics in Madison last week.

Held at the Monona Terrace convention center, the annual competition was part of the Wisconsin Early Stage Symposium, a two-day event put on by the Wisconsin Technology Council.

The contest drew a crowd of roughly 150 conference attendees, who watched as founders presented their ideas, and received scores and feedback from the event’s investor panel in real-time.

Entrepreneurs had just 90-seconds to present their ventures to the VCs. 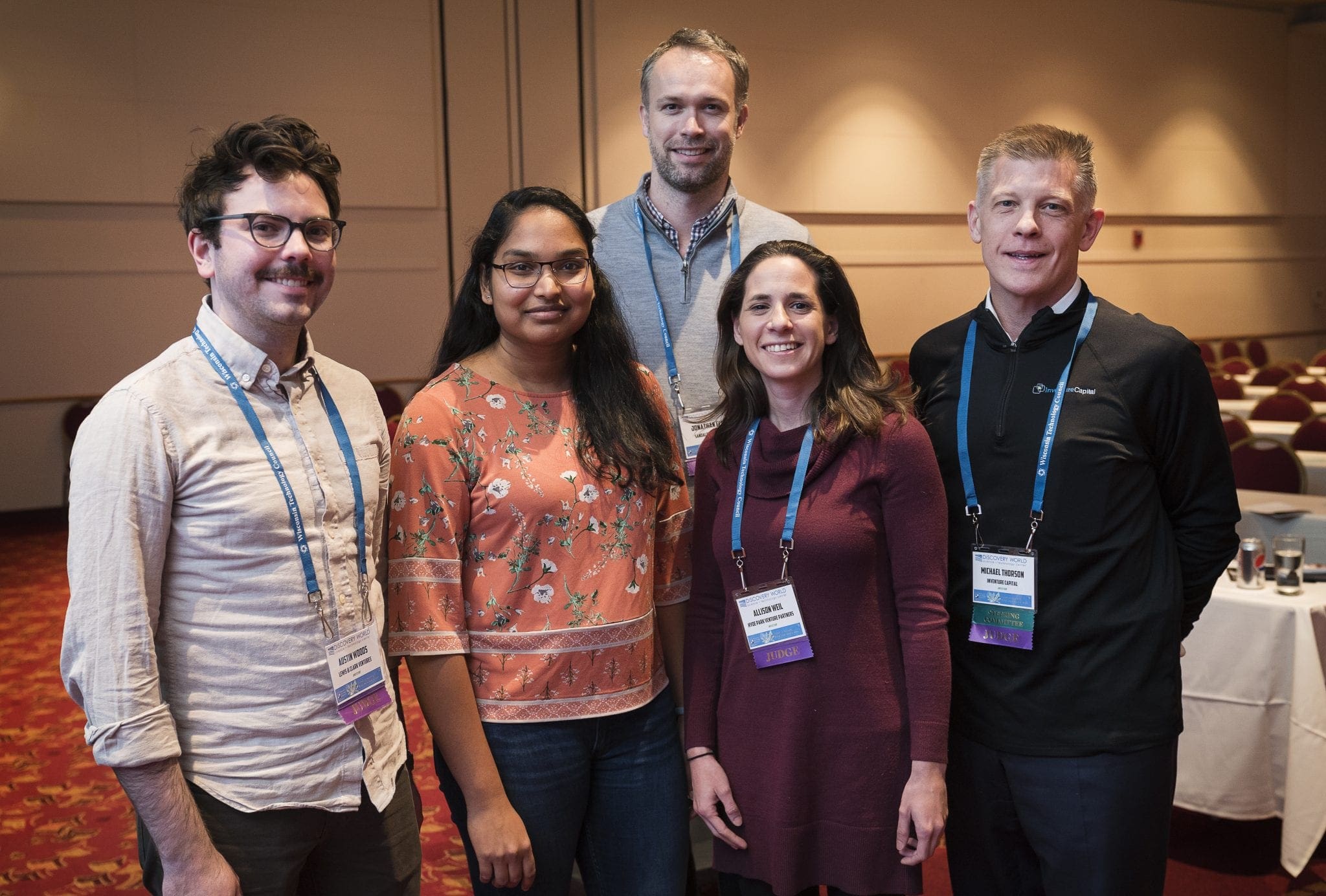