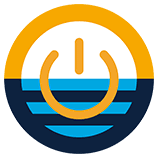 Starting this year, Startup Milwaukee Week — an annual entrepreneurship event held since 2016 — will now be hosted by the MKE Tech Hub Coalition and be called Milwaukee Tech Week.

As the name change reflects, the retooled event will broaden in scope to cover corporate innovation as well as the local startup ecosystem, according to Startup Milwaukee co-founder Matt Cordio, who is also on the coalition’s board of directors representing its community members.

“We’ve heard from attendees in the past of Startup Milwaukee Week that they wanted more technology-oriented sessions,” Cordio said. “We’re bringing in a whole new dimension of programming and that will appeal to technologists in the community as well.”

Milwaukee Tech Week will run from Oct. 25 through Oct. 31. It’s being planned as an in-person event but may include some virtual components. It will also be marketed regionally to attract out-of-state attendees and venture capitalists, Cordio said.

Programming for the weeklong event will include Meet the Meetups, a technology-focused gathering that Startup Milwaukee first hosted in 2018, and Reverse Pitch Milwaukee, an event in which corporations such as Northwestern Mutual and Froedtert & the Medical College of Wisconsin seek pitches from entrepreneurs to address a corporate challenge.

“The coalition’s partnerships, which span startups, nonprofits, education, corporations, and community members, uniquely position us to expand upon the initial vision of Startup Milwaukee Week to include all innovators including tech professionals, founders and students,” Henrich said.