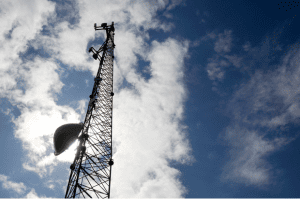 Republicans on the Legislature’s state budget committee voted Tuesday evening to approve $125 million to expand broadband internet access in Wisconsin, a bipartisan goal that has emerged as the COVID-19 pandemic laid bare technology disparities across the state.

According to a report released earlier this year based on Federal Communications Commission data, more than 430,000 people, who make up 25 percent of the state’s rural population, lacked access to high-speed internet in Wisconsin in 2019. The report ranked Wisconsin 36th nationwide for accessibility in rural areas.

During the pandemic, that coverage gap led to barriers to children accessing virtual schooling, as well as challenges for businesses that needed new ways to reach customers.

Responding to those issues, Democratic Gov. Tony Evers and GOP legislative leaders have agreed state funding for broadband expansion should be a priority for the next two-year state budget.

However, their exact funding plans have differed. In his plan, the governor called for roughly $152 million for broadband expansion grants statewide and $50 million on other related programs. The governor would have paid for the grants out of the state’s general fund.