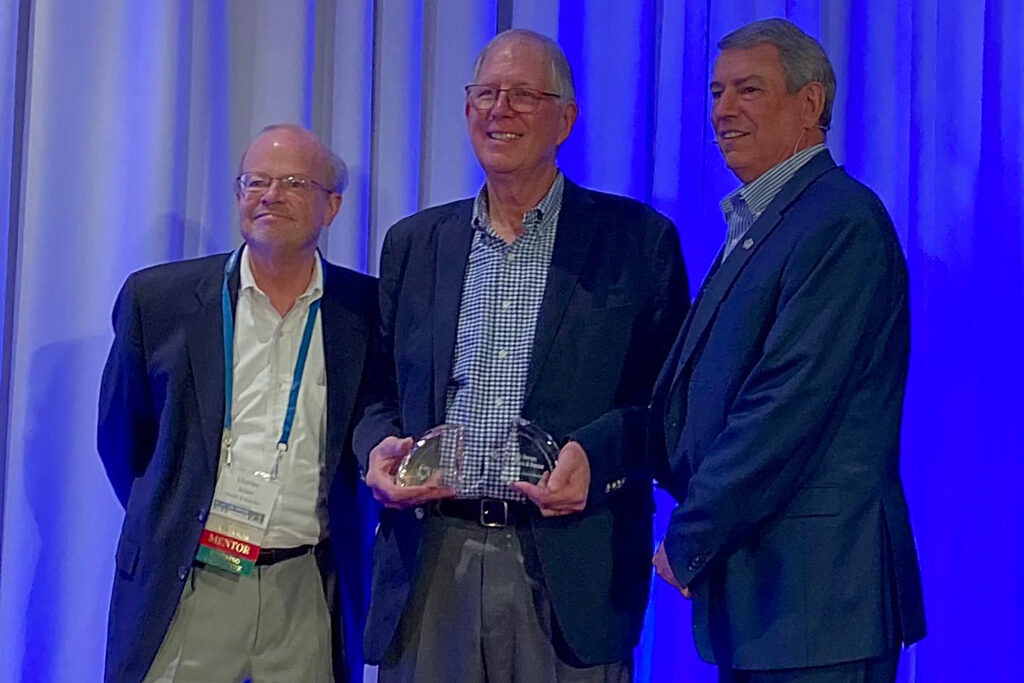 Joseph Boucher (JD ’77, MBA ’78), a senior lecturer at the Wisconsin School of Business, is the recipient of the Excellence in Entrepreneurial Education award from the Wisconsin Technology Council (WTC).

“This award is a wonderful recognition of Joe’s involvement in the entrepreneurship community as a prominent attorney and educator,” says Jon Eckhart, the Pyle Bascom Professor in Business Leadership, associate professor of management and human resources, and the founder of the University of Wisconsin–Madison’s Entrepreneurship Science Lab. “Joe teaches in our undergraduate and executive education programs and mentors students as a board member in the Weinert Center for Entrepreneurship. Our students greatly enjoy his expertise as an educator, and the School of Business is appreciative of the Wisconsin Technology Council for recognizing Joe’s impactful work.”

“As one of the first advisory board members for Weinert Applied Ventures in Entrepreneurship (WAVE), Joe has provided incredibly valuable advice and mentoring to students for over 20 years,” says Dan Olszewski, director of the Weinert Center for Entrepreneurship. “His positive impact has been instrumental to the success of many student entrepreneurs.”

Boucher has appeared on the Best Lawyers in America list multiple times since 2010, and currently serves many early stage entrepreneur clients in his law practice. In 2020, he received the Wisconsin Law Foundation’s L. Goldberg Distinguished Service Award for his lifetime commitment to the field, which included being a co-drafter of the original Chapter 183 legislation for LLCs in Wisconsin.