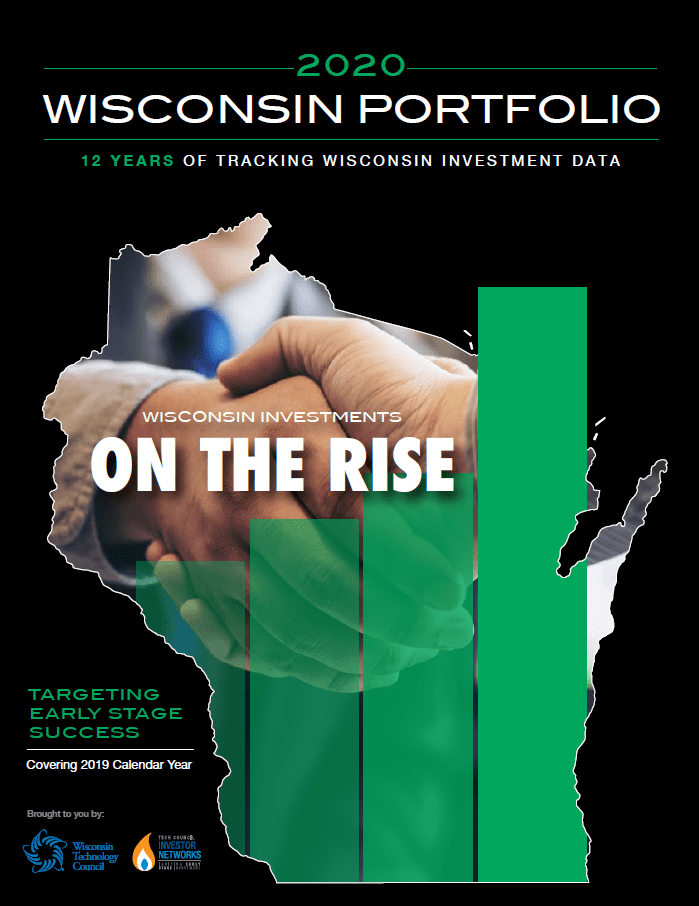 The latest edition of “The Wisconsin Portfolio” shows more than $450 million was raised by the state’s early stage companies in 2019, a record for any single year in Wisconsin.

The report by the Wisconsin Technology Council and its Tech Council Investor Networks showed 123 early stage deals – up from 121 in 2018 – with average and mean deal sizes growing significantly.

Wisconsin’s 2019 figures saw continued growth in median and average round sizes after a bit of a slump in 2017. Average round size is at an all-time high of $3.8 million while the median round size eclipsed $700,000 for the first time.

Fifty-two Wisconsin companies each raised at least $1 million from investors, up from 46 companies in 2018.

For 41.5 percent of early stage companies that secured funding, 2019 was the first year doing so while 58.5 percent of startups received continued support. New this year is a five-year rolling average that clearly shows a positive trend of growing investor participation in the state. Other trends of note in 2019:

“On balance, our ecosystem continued to mature in 2019,” said Tom Still, president of the independent, non-profit Tech Council. “It’s hard to tell what 2020 holds for Wisconsin or any state, for that matter, due to COVID-19 and its overall effect on the economy. However, the solid foundation in place through 2019 should carry over in Wisconsin once the pandemic subsides.”

The 12th annual publication also features a profile on Jan Eddy, the 2019 inductee to the Wisconsin Investor Hall of Fame; policy highlights and updates; a primer on early stage investing in Wisconsin; and a resource guide. It also features a preview of what kinds of deals are getting done and how investors are approaching the 2020 pandemic year.